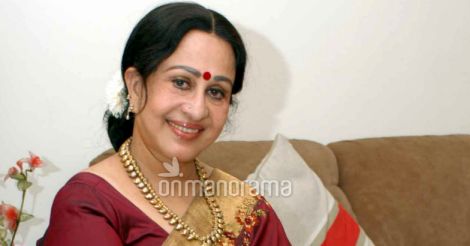 'I hesitated to return to the industry thinking of the hardships of our times,' Sheela says.

Mollywood's first lady superstar Sheela thinks that Kerala is fast becoming an unsuitable place to lead a peaceful life. Having acted in more than six-hundred movies, the actor reveals about her unfulfilled dream of entering politics. The yesteryear heroine who made a striking return after a long 18-years break, details her life as a mother, grand mother, and an actor.

A person who has literally lost count of the schedules she had to attend in a single day, Sheela says that she took time to accept the concept of 'free time' when she finally decided to take a break. “I was a busy-bee during my active years. I ran from location to location and handled countless projects at a time. I never complained about it because I had a big family and a lot of responsibilities to meet. But even after fulfilling all those, I went on committing newer projects and acted mechanically without a stop. At one point, when I realized that I barely got some valuable time with my son, I settled down for a break,” she remembers.

“Initially, I felt restless and frantic. My mind took time to convince myself that I am relieved of busy schedules,” Sheela says, “Later on, I engaged myself in hobbies like traveling. I even took a course on astrology, a subject I was curious about, right from a very young age.” 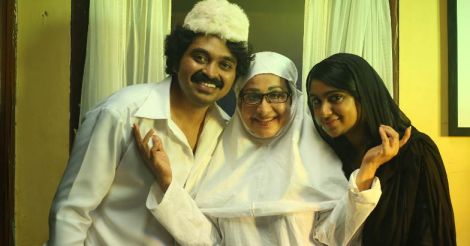 Changes in the industry

One of the senior-most actors in the industry, Sheela says that acting has now become a comfortable profession for women compared to olden days. “Back when I acted in Acharam Ammini Osharam Omana, we didn't even have a room to change our costumes. Now they have air-conditioned caravans. I wasn't aware of this change. All along those eighteen years, I hesitated to return to the industry thinking of the hardships of our times. It was my son who, one day informed me about the new changes in the industry. 'Amma, you don't know who easy it is these days. Why don't you go back and pursue your passion. You are born for the screen,' he said. I was moved by his words. That is how I signed up for Manassinakkare,” the star says.

The veteran actor is surprised to watch the career-planning of youngsters in film industry. “I wonder how perfectly girls orient their acting profession. They are sure and determined about the genre of movies and type of characters they want. Some of them limit their profession for a certain period and thereafter quit the industry for academics or marriage. That's truly a privilege youngsters get. Sheela with Jayaram in the film Manassinakkare

The actor who's settled in Chennai since the beginning of her career, says that life is increasingly getting uneasy in India. “Our country is slowly becoming a worse place to lead a peaceful life. Violence, be it attack on women, communal hatred or other atrocities, is increasing day by day,” Sheela says. She opines that there is a limit for the government to find grass-root level solutions for all social issues. “Public awareness and education are two vital factors in this. Waste management is a good example in this regard. I wonder at how an average Indian thinks of roads and public places as dust-bins,” she added.

Commenting on an effective solution to this, the actress says she had once fancied about a political debut. “To be sincere, I had wished to become a politician. A film star is already popular and thus influential. We need people who can influence the public's basic attitude to change this arrogance towards environment and society. But then there was no one to guide me and now it is way too late for a career relaunch,” Sheela said. 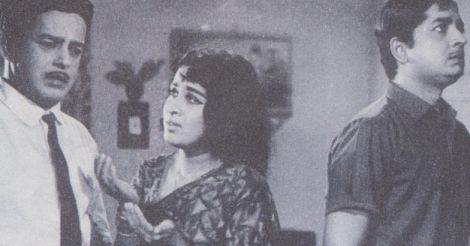 Sheela in the film Ashwamedham

The veteran actor keeps close to her heart some personal favorites from all areas of life, which retains the wide-eyed teenager in her. “My mother used to make me super-soft Unniyappams damp with pure ghee. Of all the tasty nosh I've ever relished, the nostalgic flavor of unniyappam makes me happy. Now my daughter-in-law makes unniyappams of the exact taste to my surprise!” Sheela sounds excited.

A passionate traveler, Sheela cherishes the memories of her Jerusalem trip the most. “Holy land is a place very much familiar through biblical tales to any Christian. Hailing from an age when crossing seas and surpassing continents remained a dream, I lived most part of my life thinking that I'd never be able to make it to Jerusalem. But I'm fortunate enough to have had a glimpse of the land,” she said.

Of the countless number of movies she's acted in, the superstar picks Kallichellamma, Thumbolaarcha and Chemmeen as her personal favorites. “Acharam Ammini Osharam Omana also gave me a distinctive role to perform. I am a very selective person and I never sign up for a project unless I am clear and sure about the character,” she says.