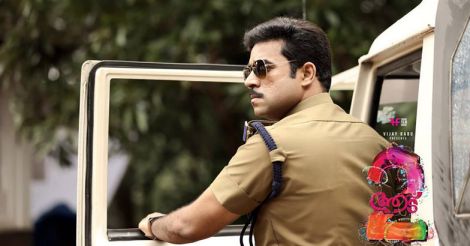 Theater owners asked us why a small film like ours was released at the time when huge movies too were slated to hit the theaters, said the actor-producer. Photo: Facebook

Until some time ago people might’ve been skeptical about actor-producer Vijay Babu decision to bankroll the sequel of a movie which became a ‘hit’ only after it failed at the box office. But Vijay Babu who has produced and acted (Sarbath Shemee) in Aadu 2 proved his critics wrong as the Jayasurya-starrer is running successfully into packed theaters. Friday Films helmed by Vijay Babu has registered box success with movies like Zachariayude Garbhinikal, Philips And The Monkey pen, Aadu Oru Beegara Jeeviyanu and Adi Kapyare Kootamani which didn’t boast of huge star casts. The critically acclaimed Angamaly Diaries had new faces in its entire on screen line up and was one of the highest grosser last year. Vijay Babu speaks about the success of Aadu 2 and also about his intimate relationship with cinema.

How did you find the courage to produce the sequel of a movie which was unsuccessful at the box office? What prompted you to release it during Christmas season along with other huge releases? 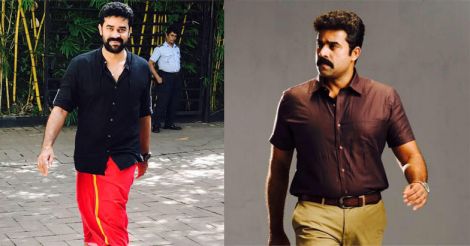 "I can confidently say that I know the vibes of an audience to a great extend. It requires great confidence to release Aadu 2 along with other huge movies during Christmas," says Vijay Babu. Photo: Facebook

My decision to produce Aadu 2 was definitely not taken impulsively. I took that significant decision after much thought and observations. I usually communicate with my crew at Friday Films whenever a project comes up. Not only Aadu 2, but the decision to take the sequels of Monkeypen and Adi Kapyare Kootamani too was taken after consulting with my team. These meetings often give me the strength and confidence to go forth with a project. I was in the entertainment industry way before I became a film producer. So I can confidently say that I know the vibes of an audience to a great extend. It requires great confidence to release Aadu 2 along with other huge movies during Christmas.

Were there theater owners who asked, 'why did you come with this movie now'? 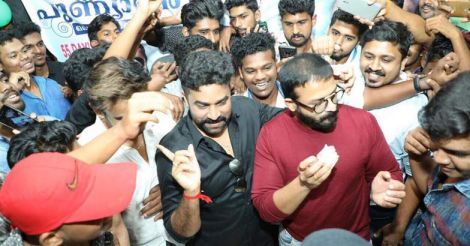 Vijay Babu celebrates the success of Aadu 2 along with Jayasoorya. Photo: Facebook

Other than our Aadu 2 team, none had the belief that our movie would become a success. It was very difficult to get theaters especially in the major towns. The theater owners asked us why a small film like ours was released at the time when huge movies too were slated to hit the theaters. We in fact begged them to allow us at least two shows. Though the movie was released in almost hundred theatres, the movie was squeezed in for just one or two shows at all the major movie halls. Nobody was confident about our movie.

The owners of some big theaters had even told me that they had allowed me a show or two just because I had called. But later the same people told me that they never imagined that this movie would be such a huge success. They even thought that I was out of my mind and was simply taking another movie only because Angamaly Diaries had become a hit. I felt extremely happy when the same theater owners called me to say that they couldn’t control the crowd even after scheduling shows at midnight and even 2 am. It was equally good when the theater owner to whom I begged for a slot had called me up to ask for the prints so that he could arrange four shows of the movie. Now the movie is running in 153 theaters for four shows a day across Kerala.

What were the factors that you gave special attention to when the sequel was made? "We began the production of Aadu 2 after realizing the short comings of the prequel. Present day political issues too were addressed in the movie." Photo: Facebook

Aadu Oru Beegara Jeeviyanu was in fact a story written by Mithun for a short film. It was me who urged him to develop it into a feature film. In the prequel there are a few flaws which occurred as a result of extending a story meant for a short film to a feature. A group of friends get a goat as prize for winning a local tug of war competition. The story unfolds as the group sets on a road journey with the goat. This story was perfect for a short film which runs to half an hour. We began the production of Aadu 2 after realizing the short comings of the prequel. Present day political issues too were addressed in the movie.

What is your stand as a producer? 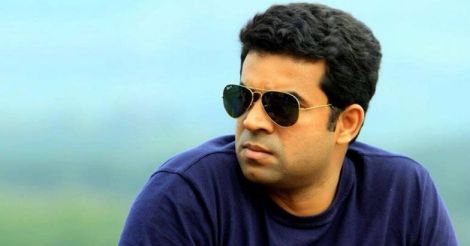 "I am not very particular that all my movies should feature a stellar star cast. In my opinion the most apt person should play the character. The audience should feel as satisfied as having a sumptuous biriyani when they come out of theaters after watching a movie." Photo: Facebook

I am not a wealthy producer who stays abroad. Cinema is my profession, and it will always be my passion in the future as well. Movies should bring profits, else there is no point in producing films. It is equally important to make movies with artistic qualities as well. I am not ready to do movies only for the sake of money. It should make people happy. I am not very particular that all my movies should feature a stellar star cast. In my opinion the most apt person should play the character. The audience should feel as satisfied as having a sumptuous biriyani when they come out of theaters after watching a movie. The audience may have felt that satisfaction when they watched Angamaly Diaries. Had Angamaly Diaries been a failure, then it would have taken quite a lot of time to take another movie. Fortunately, all the 9 movies of Friday Films have been financially successful or lucrative. 2017 had been an incredible year by the grace of God. I was able to release two entirely different movies.

You produce movies with unique and different themes. You are bold enough to take a movie without huge star cast while you yourself are an actor. Isn’t it a rare combination? 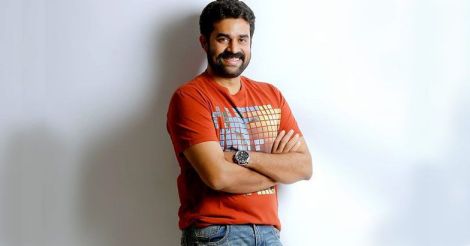 "The reason why Aadu 2 became a hue hit is because we were able to deliver what the people wanted in this changed times," Vijay Babu said. Photo: Facebook

There were rumors that I am an NRI and I produce movies for me to act in it. These are all false. I am not an NRI. I have only lived here all these while. My friends in the film industry know that I am not new to the entertainment industry. I have been working in this field for the last 18 years, 14 of it were in the television industry. While working in television we used to have weekly assessment about the ratings of programs. We would also study the various reasons for fluctuations in TV ratings, and also about the tastes and interests of the audience. The television industry was in fact my training center. The nature of the comedy shows has changed. It is no longer like it was in the 80’s and 90’s. With the advent of technology, mobile phones and internet the attitude of the people too have changed. The reason why Aadu 2 became a hue hit is because we were able to deliver what the people wanted in this changed times. The response from the film industry too was overwhelming. I have been in the movie industry for the past three and a half years and I was able to release 9 different movies during this time and acted in almost 25 films. Everybody would have an incredible luck at some point of time in their career. I am delighted that I have mine now.

I am very happy that the audience has great trust for the brand called Friday Films. I will definitely produce more movies in Malayalam that would make the audience happy. I have no intention to produce a mega budget movie just because Aadu 2 became a hit. I would take up a project only if a good script which guarantees success at the box office and also is artistically viable comes up. There are two or three scripts at hand. We will discuss as a team to decide which one would go on the floors first. It would be decided in January itself as we plan to begin the filming by April.

Are you scared or worried about anything as a producer?

I think Indian cinema would be severely affected as copying movies using technology is becoming common these days. Kids are usually the ones who copy movies as soon as they hit the theaters. Youngsters between 15 – 22 years of age continue doing it despite knowing that it is a criminal offense. All they want is to copy the newly released movie in their mobile phones as soon as possible. It was only recently that two under age kids were arrested. Their parents were worried and broke down at the police station. Then the Circle Inspector called me and I told him to let the kids go.

Around 3000 pages on the Internet in which the scenes from Aadu 2 were uploaded have been deleted with the help of Facebook and YouTube. I have been doing this thing for the last few days. I think we should educate our children about piracy. Cinema is a business and if it continues like this then this industry wouldn’t last long. We must make them understand that a lot of lives are at stake here. Many kids don’t realize the graveness of this offense. If caught the punishment too would be severe.