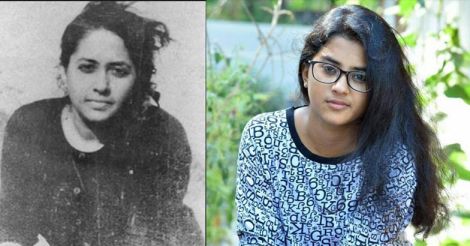 Excited about Aami release, says Neelanjana who did Madhavikkutty in her teens. Photo: Facebook

Malayalam movie lovers are divided over Kamala Das boipic Aami ever since its trailer was released. The Kamal movie starring Manju Warrier has been in news over the change of lead actress and the makeover of the actor donning the title role. But all those who watched the trailer fell in love with the tender girl who played the writer in her teens. With curious wide eyes, a red bindi and a wavy hair, the 15-year-old Neelanjana displayed an uncanny resemblance with the image of teenager Madhavikkutty aka Kamala Suraiya aka Kamala Das. The rustic beauty hailing from Kannur opens up to Onmanorama about the experience of her first movie. 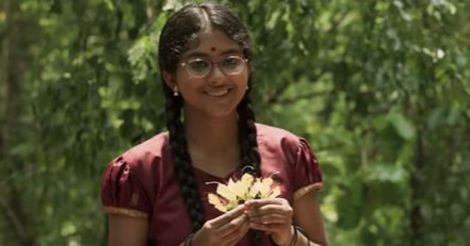 How did you get selected to play Kamala Das's teenage in Aami?

I happened to see a casting call for the movie by an agency earlier in 2017. I sent some of my photos to the mail id mentioned in that notice. That id belonged to Kamal sir and I got a reply asking for more photos. I got a confirmation mail within a couple of days. This is my very first experience of acting in front of a camera. I haven't even acted in short-films or in school-level dramas. 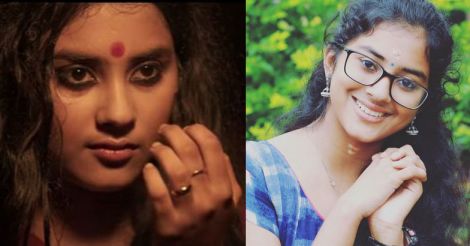 What preparations did you take before presenting yourself as young Kamala Das?

Once I was confirmed to play the character, I collected Kamala Das's works and spent day and night reading them. I slowly realized the magnitude of the character assigned for me. I attempted to walk, talk and think like the person I perceived through her writings. Yet, I was very tensed and nervous when I first presented myself before the camera. Fortunately, I didn't have to change my diet or undergo physical makeovers. 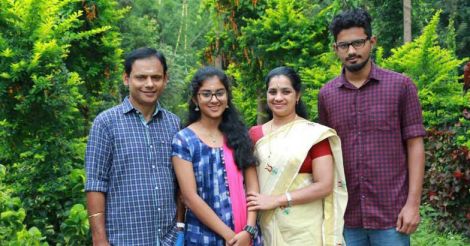 About your family and school?

My mother Praveena is an assistant lecturer for philosophy in a college in Kannur. My father is Vinod and he works in Qatar. I have an elder brother called Pranav. All of us were settled in Qatar until two years ago. We returned to Kannur before my ninth standard classes began. Back in Qatar, I used to act in short skits penned by my father during Malayali association gatherings. That is the only experience I have in acting.

I am a tenth-standard student at Kannur Chinmaya Vidyala. Manju Warrier also completed her primary education in that school. 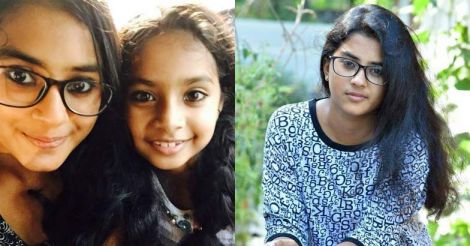 How was your association with Manju Warrier and director Kamal?

I met Manju Warrier very few times during the shooting schedules. She is a warm and loving person. She was always friendly. I was initially nervous to meet celebrities like her. Kamal sir is also a kind person. During the initial days of the first schedule, I used to make mistakes. Kamal sir waited patiently until he got the right shot. He never scolded me. The appreciation and encouragement he offered has boosted my confidence. I now dream big about my future now. 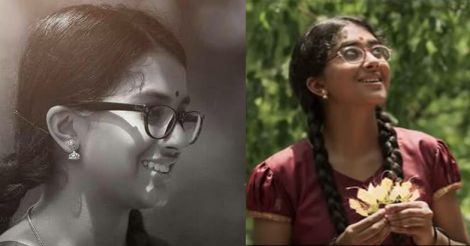 What was the response from your friends and family to your makeover for Aami?

Everyone was surprised to watch me in the typical Madhavikkutty costume. I mostly wear modern outfit even to the family gatherings. The picture that showed in a red silk skirt, red bindi and large spectacles left my family and friends wondering. 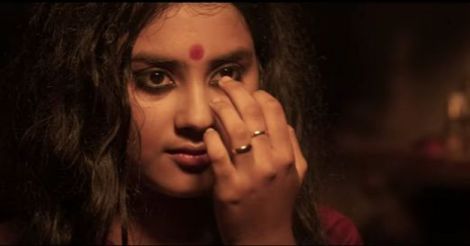 What is your career goal?

I would really love to act in more movies. But I love English literature. I think I would go for higher studies and simultaneously get active in film industry. But before that I need to know the kind of responses to my performance in Aami. I just can't wait anymore to know the release date.