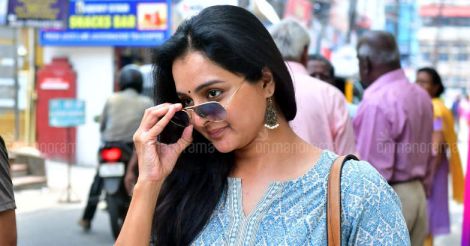 As the Manju Warrier-starrer Mohanlal is running to packed houses in theatres, the star shared with Onmanorama her excitement and experience of doing yet another jovial, energetic character after a break. "I wonder how director Sajid figured me in for this role. I am so excited to watch the success of the movie," she said in an interview. On the preparation required to perform the character of Meenukkutty in Mohanlal, Manju Warrier said she was initially nervous to handle a humorous role. "It is my first experience in a fun-filled, out-and-out comedy character. I have been as naive as a newcomer. But somehow, I could relate that character with my younger self. I have also been a fan-girl of many actors and actresses," she said.

Video on Soubin's 'Mohanlal' entry song is a hit

'Mohanlal' review: a fanfare that gives goosebumps to Lalettan fans

The movie is a total fanfare idolizing Mohanlal...

Saying that Meenukkutty is a path-breaking character in her comeback stint, Manju Warrier said Mohanlal was the type of movie that she loved to watch. "I like to watch light, humorous movies - ones which make the viewers laugh every minute and those people can watch without tensions and pressures. Mohanlal is such a movie. So, when I went through the script, I understood that I myself was going to like this movie. Mohanlal is a movie that I would love to watch," she said. 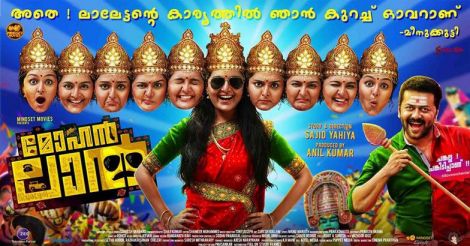 Manju Warrier also said fanfare was good if one made positive use of it. "Many people asked why didn't the movie end 'without a transformation to Meenukkutty's character.' This movie is not against fanfare. Fanfare is a good thing if used in a positive manner. There is nothing to criticize or oppose if a person is a hardcore fan or an admirer of a film star or a celebrity. After all, it is good to have a person to draw inspiration from," she said.