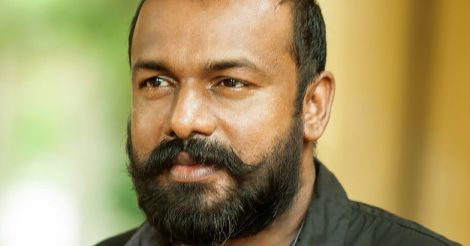 'We actually travelled with camera among the students and captured genuine tales rather than create artificial sequences,' says Abrid Shine.

A rare name and some very rare concepts. Director Abrid Shine is indeed a unique talent in Malayalam cinema for the brand he created through fewer number of movies. Just three movies, all super hits, Abrid Shine stands for quality rather than quantity. In the wake of his latest, Poomaram, Abrid Shine opens up to Onmanorama on his movie and his filmmaking process.

Poomaram revolves around an art festival in a college. How was it behind the camera?

It makes me happy that people accepted Poomaram as such. When people speak about their own college days, their own kalolsavam (art festival) experiences after watching the movie, it is indeed a matter of pride for me. But the making of Poomaram wasn't as easy as it unfurls on the screen. As you said, it is a movie that revolves around a festival. To handle such a huge crowd, to manage all the artistes, technicians, props and sets without spoiling the mood of the movie was definitely a challenge. Luckily, Poomaram created the impact I wanted it to.

About the large number of junior artistes in the movie...

I don't want to differentiate my team members based on seniority. All of them are artistes. Each artiste has his unique importance. Some wow with their lively appearances, while some others stun us with their grace in acting.

About your own youth-festival memories...

I had participated in the mimicry competition of the state youth festival when I was doing my pre-degree course. l had vied with the present-day actors Salim Kumar, 'Guinness' Pakru and a few others. They had bagged some valuable titles, but I returned home empty-handed. But what I took home was some memories of the whole environment. I wanted to recreate that in my cinema. Poomaram says a story that happens within the five days of a zonal art festival.

What changes do you notice in art festivals since then?

There are no great changes to art festivals but to people. Peripheral things like the dress people wear might have changed, but the crowd, the deafening noise, sweltering heat and the exuberance of art everywhere remain the same.

About your association with Kalidas

Kannan (Kalidas) is not an artiste for any of us. He is our kid who grew up in front of us. His patience impressed me. Kannan patiently listened to my instructions or till the shot got ready. He has done justice to his character. He has a marvelous way of becoming the character. No natural an actor, I was astonished by the way he lip-synced for the lyrics.The veins in his neck stood out as he enacted a song sequence. I am happy to work with such a gentle artiste like Kannan.

What was in your mind when Poomaram was trolled on social media for its delayed release?

I don't think Poomaram is late to release. It has a totally new story-line. The concept arose from vague nostalgia, memories and ideas. I researched for over six months so as to store new things in my mind and update the existing ideas. Initially, we decided to stick to the predefined time schedule, which couldn't be kept later on. I coordinated the editing when there weren't any shoot schedules. We sat together to compose music when nothing else was scheduled. One by one, we completed the movie and finally it hit the screens. We never encountered any cash crunch or issues with dates. All the time, I was busy coordinating several pre-release works of the film. I came to know about reports of delayed release from social media trolls. Poomaram was released at its scheduled time.

Why do you think that quality, not the numbers or time spent, matters when it comes to an artwork?

I have done only the three movies so far. For me, creation is a very painful process. When you actually make a creative product by assembling concepts from the vacuum, you feel a lag, a pause or a pain that holds you back from rushing through. There might be people who take numerous movies within no time but I'm different.

What is the common link between your three movies?

All the three movies I've done so far - 1983, Action Hero Biju and Poomaram -- are entirely different from one another. In the case of 1983, I made use of my own experiences as a young cricketer who played in the backyard. But that wasn't the case with Action Hero Biju. I never mingled with policemen until I decided to do that movie. Action Hero Biju was completed only after a lot of research. Poomaram too has got substantial research behind it. Uniqueness and ingenuity are common features of my films. I believe in presenting a unique, unprecedented artwork before the audience. I am thrilled if my films connect with the masses,

Your message to the audience...

Poomaram is a comprehensive package that depicts college life, nostalgia, some soothing songs, rousing poems, art, politics and culture with a strong subtext. I have treated each artiste with equal importance, acknowledging his or her versatility, liveliness and skills. I want all Malayalis to watch Poomaram and enjoy.