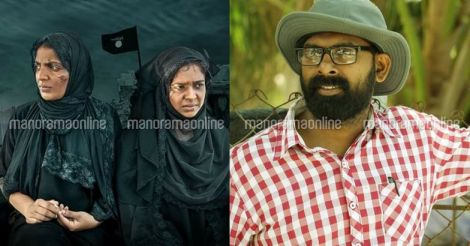 The latest national film awards gave Kerala much to be proud of. Among the list of Malayali names was Sandeep Pampally. Yet, the Kozhikode native earned his laurels not for a Malayalam movie. He made his debut movie in Jasari, the language of Lakshadweep. Pampally was selected as the best debutante director and Sinjar the best Jasari movie.

Pampally said he stumbled upon the language only four years ago when he visited the islands in connection with the screening of his short movie. "My short film had won a state award four years ago. I went to Lakshadweep to screen it. That is when I listened to the language. It was a strange language. I was told that Jasari had neither grammar nor script. The younger generation do not speak the language. They use Malayalam or English. Jasari is spoken only by some of the elders," Pampally said.

"This language may be dead within 10 years. I wanted to do something about it. The most effective means to popularise a movie is cinema. When I mooted the idea to producer Shibu sir, he stood by me. He was a pillar of strength in this project. It is for a language, he had told me. That is why this movie happened. 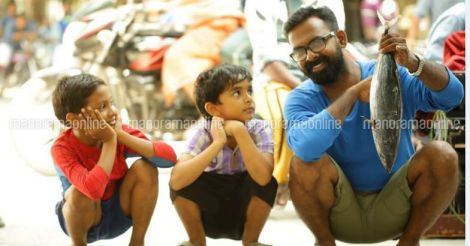 "This movie is primarily about peace. Sinjar is a province of Iraq. That was the first area to fall to the Islamic State (IS). They started their invasions from there. The terrorists enslaved and exploited many of the Yazidi women. Nobody knew about it initially, until some of the women who escaped their clutches revealed the horrors. I am a journalist too. So I had followed the developments. That news was disturbing me. I was also thinking about the Jasari language. What if two women landed in their custody? That thought led to the movie.

"Srinda and Maithili are the heroines in the movie. Sinjar is a woman-centric movie. The movies is about two women from Lakshadweep who go to Iraq for work and being imprisoned by the IS. They return to Lakshadweep but the story does not end there. Society treats them cruelly when the people come to know that the women had been sexually exploited. The women even say that they should not have come back and they should have died in Iraq.

"The man she loved, neighbours and the entire society are insulting them. The women try to shed their religion and traditions. One of the women get pregnant. When the whole world points a finger at her, she says that she would raise the child in peace, no matter if he was born to a terrorist. She faces society alone," the director said.

"Many people from Lakshadweep have worked in this project. People who worked in theater and movies have cooperated with Sinjar. They were helping us in all fronts. Lakshadweep has no theater but we plan to show the movie in front of a select audience. It will also be released in Kerala soon. 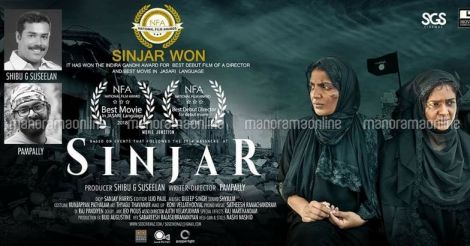 "This is my first movie. But I have received several awards. I have directed about 40 short movies and documentaries. My third short film had earned a special mention from the Unesco. Many of my works have received international awards and honours. A short film titled Ladam had won a Canadian award on a par with the Oscar. Ladam won the Best Global Voice award for social commitment at the Muskoka International Film Festival. I have also won state awards. Still nothing like being honoured by the country. Sinjar won two national awards!

Not even one call from Kerala!

"Many people called up to congratulate me after the awards were announced. But I have a peeve. No people's representative from Kerala called me. After all a Malayali had won a national award. They must have called up famous directors but not me. Several people from Hindi including Mahesh Bhatt had called me. They congratulated me. But no one from Kerala noticed my achievements.

"I can meet the president. I may be excited until the moment I receive the award. After that I am just a common man. I have no news value after that. The Lakshadweep administrator had called up to congratulate me. We are trying to screen the movie there. This movie is history as it is the first project in the local language. I am happy that Sinjar happened the way we envisaged.

"My next project is a Malayalam movie. We are yet to announce it. The movie will be produced by a famous personality. If Sinjar is a movie with a message, my next would be a commercial movie. We are in talks.

"We dedicate Sinjar to the thousands of girls who languish in the custody of the IS. Their misery is unfathomable to us. Even girls as little as eight years old are being tortured by many men on a daily basis. This movie is dedicated to them."