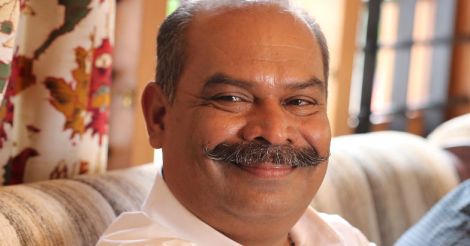 'At the school plays, I usually played the role of an old man,' says Alencier.

Though Cleetus Lopez grew up at a coastal hamlet in Thiruvananthapuram, he didn’t learn swimming, nor did he allow his son Alencier to swim in the seas. But Alencier Le Lopez, who was raised at the coastal village of Puthenthoppu in Thiruvananthapuram, definitely learned to swim against the tides. He began his stint in the plays when he was just 4 years old and 50 years later, Alencier is one of the most talented actors in the Malayalam cinema. He has won this year’s state award for the best supporting actor. Excerpts from his chat with Manorama:

Aren’t you still obsessed with the theatre?

The library here would be active once the school closes for the vacation. We were interested in football and drama. I had often been punished by my father for taking part in drama. My father was an amazing artist who hit me with his left hand and at the same time did beautiful crafts with his right hand. I have had many untoward experiences in my life because I was into the theatre. I was ignored and avoided by many. The label of a ‘drama artist’ even became a barrier for me to marry the woman I loved. When the school reopened after the Christmas vacation, I would often steal a lungi, my mother’s kajal, talcum powder and so on to the class. I was always interested in doing plays even at school. At the school plays, I usually played the role of an old man. But I had to wait for 50 years to play the role of an old man on screen.

In a career spanning two decades and after acting in almost 23 films, you became popular through Maheshinte Prathikaram?

Everyone thinks Maheshinte Prathikaram is my first movie. It is in fact my 23rd movie. Sakhavu: Viplavathinte Sukranakshatram, starring Prem Kumar, in the lead role was my first movie. But unfortunately it didn’t get released. Then I acted alongside Manju Warrier in Daya directed by Venu. In my childhood days I was a great fan of actor Sathyan, after him it is for Manju that I felt that kind of admiration. Twenty years after Daya, I acted with her in Udaharanam Sujatha. During the initial discussions of that movie, Martin Prakkat called me and said, “Chetta, it is just one scene”. But I told him that if it was with Manju, then I would definitely come and act even it was just one scene.

Didn’t you share a warm relationship with Narendra Prasad?

Prasad sir was my teacher at the University College. We soon became good friends too because I was a theatre artist. It was during that time that he entered the movies. There was a time when I used tag along with him as I was unemployed after my studies. I used to frequently go his movie sets, eat food there and slept at his room. I was also a lover at that time. I wanted to get married but I was unemployed. So I ran many businesses. I opened a hotel, did garment business. But nothing worked out well. Prasad sir told me then, “Alencier is not somebody who should live by doing any job in the movies. You are an actor, so you should act in the movies.” His words have prophetic effect. If he said that something would happen, then it would definitely happen. It was that belief which inspired me to live.

When someone asked director Kamal to leave India, you were the first to protest against it. There were even rumours that you did that for a role in Kamal’s movie?

I will tell you an old incident. Once my friend Santhosh Echikanam asked me to go and meet Kamal. So I started from Puthenthoppu at five in the morning and reached Kamal’s flat in Ernakulam by 10 o'clock. His assistant told me that I could meet him at 10. But the wait prolonged and it was late in the evening. I thought the director had a very busy day. After 7 pm, I told my friend that I would leave only after meeting Kamal. I straight away went to his apartment and found him in the middle of a discussion with a few others. I pulled a chair and sat in front of him and said, “Sir my name is Alencier. I am a theatre artist. One of my friends sent me here to ask for a role. I have been waiting in front of your flat since 9 am. I worked really hard for theatre. You don’t have to give me role in your movie but don’t behave to new comers as if they are beggars.” I left the room immediately after I said this. This is my relationship with Kamal. I protested when some people asked that same Kamal to leave the country. I didn’t raise my voice for the director Kamal who kept me waiting outside his home for a whole day. Instead I raised my voice for a citizen who lives in India. The reason why I explained so much is to tell that I didn’t get a role in Kamal’s movie. It is never good to intimidate those who have a different opinion.

When the filming of the movie Thoppil Joppan was going on in Ernakulam, both my sons went to the location just to see Mammookka without attending their classes. Next day, when the class teacher asked, one of them saved himself by lying that he was down with fever. But the other one said the truth and was made to sit on the floor as punishment. When he came home and complained to me, I said, “You just don’t worry. The entire cinema people including your father are only valued this much.” 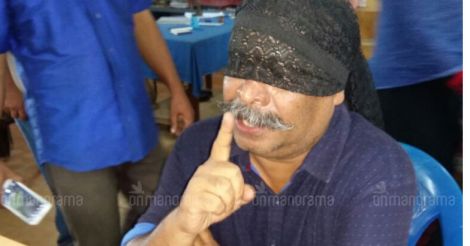 Film personalities should realise that this admiration that they enjoy comes from this curiosity of the people. The problem with many actors is that they don’t realise this truth.

Did anybody react to your protest then?

I haven’t received any threats until now. I would have been happy had I really received one because it means that our protest has been effective. But I didn’t even receive an uncomfortable phone call from those people whom I protested against. They didn’t even resort to any sort of personal insult against me.

But what upset me the most was that some people came with rewards for me after the protest. Some brought me gold chain and expensive clothes. I told them, “I didn’t protest expecting a reward. I am an artist and it is in my blood to raise my voice against injustice. So please take away these things. I would definitely let you know if I ever need any help from you.”

What were your experiences at the seminary?

I am not a person who regularly goes to the church and attend services. But I keep praying and thank Lord Almighty from the moment I wake up to the moment I go to bed. This was taught to me by my grandmother. I thank god when I drink a drop of water or eat a morsel of food. Until I reached pre-degree, I used to regularly attend the church services. I became an altar boy when I was in class three. Usually, only those who passed class 10 would be selected for that job. Father John Panackal was the vicar then. It was he who first realised that there was an artist in me. When I was in eighth standard I joined the seminary as per my own wishes. But came back that same year itself.