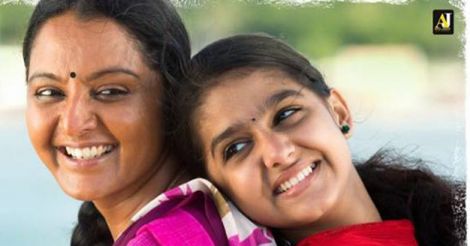 Stuck in a shambles of an urban colony in the state capital, Sujatha is a woman of indomitable spirit, who does odd jobs to bring up her teen daughter. A dreary, middle-aged widow, Sujatha dreams to provide her daughter with the best education and help her achieve great heights in career. However, her daughter Athira perceives the world in shades of black and white. The happy-go-lucky teenager is okay with the prospects of following in her mother’s footprints and be a domestic help.

But Athira's carefree attitude never deters her mother from finding ways to instill a sense of responsibility in her daughter. So, with the help of a noted scriptwriter named George Paul, for whom she works as a housemaid, Sujatha enrolls herself in the government school in which her daughter studies; what follows her admission is the crux of the story.

The narrative initially falters a bit tossing up forced dialogues and a bland medley of pauper's woes. Though some of the comic situations turn out to be base and dud, there are some chucklesome instances too.

Dileep plays the role of Ramanunni, the son of...

Udaharanam Sujatha, which is a remake of Hindi...

A philosophical note to ease the fear for studies, especially a tough subject like Mathematics, also accompanies the pranks of naughty kids at school. Meanwhile, it's the mother-daughter duo who grabs the spotlight for most of the time.

The second half of the film catches you off guard and takes you to the pinnacle of genuine emotional tenor. Here, you forgive and forget the excess amount of poverty-mongering by the protagonist, Sujatha Krishnan (Manju Warrier), and her non-conforming Thiruvananthapuram slang, which she switches on and off all along. 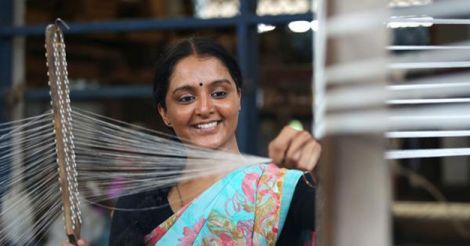 Stuck in a shambles of an urban colony in the state capital, Sujatha is a woman of indomitable spirit, who does odd jobs to bring up her teen daughter.

Yes, Athira Krishnan (Anaswara Rajan), as the daughter mesmerizes with a brilliant piece of performance from beginning till end. Her blitzkrieg, especially towards the climax, deserves a special mention. Manju and Anaswara together weave a magical portrayal of intense mother-daughter love that culminates in a grand catharsis. Though Manju pricks a bit in her de-glam avatar to do justice to her role, she gets into the skin of the character as the story progresses.

Nedumudi Venu as scriptwriter George Paul and Joju George as school headmaster Sreekumar pitch on the right spot with their moderate but thorough characters. 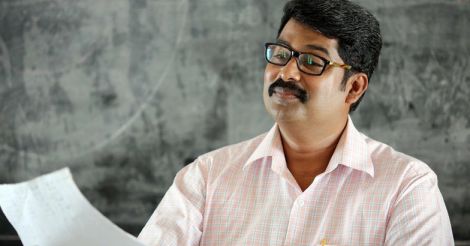 Though a remake of the Hindi film Nil Battey Sannata, Udaharanam Sujatha stands out for its ingenuity and the marvel of reinventing the plot for the Malayali audience.

The screenplay is by Martin Prakkat and Naveen Bhaskaran. The background music gels well with the tempo of the narrative and the songs by Gopi Sundar are captivating. The cinematography is by Madhu Neelakandan and Mahesh Narayanan's taut editing lends the movie a smooth flow. It's indeed a movie that you would love to watch once again.