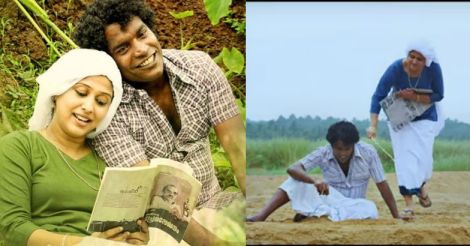 A still from the song

The video of song titled 'Laila Laila' from the upcoming romcom movie, Basheerinte Premalekhanam was released online by Muzik247 on Saturday.

Featuring Manikandan Achari and Ranjini Jose, Salih Haneef has sung this track. The music is composed by Vishnu Mohan Sithara to the lyrics of Shinto Koodapattu.

The screenplay is written by Shinod, Shamseer and Bipin. Sanjay Harris has handled the cinematography where as the editing is done by Renjith Touchriver. Muzik247 is the official music label. The movie is produced under the banner of Fort Entertainment.