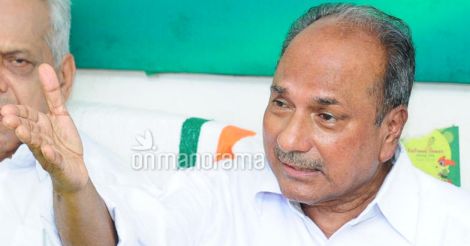 He was addressing the media as part of the Congress-led UDF's campaign for the May 28 bypoll in Chengannur assembly constituency.

"Better late than never," Antony said taking a dig at Pinarayi and his party, CPM, for its reluctance to accept the Congress as the leader of a United opposition to take on the BJP juggernaut that has been on a winning spree across the country in state polls after it came to power at Centre in 2014.

The Congress, however, stopped the saffron party from coming to power in Karnataka despite emerging the single largest party, by stitching up a postpoll alliance with the JD(S). Wednesday's oath taking of Kumaraswamy and Congress leader G Parameswara as deputy CM turned out to be a sight of the possible opposition unity against the BJP. CPM general secretary Sitaram Yechury also attended the event.

Antony went on to attack the CPM saying its claim that only the Communists can put up a fight against the BJP. He cited the CPM's poor performance in recent elections in states to drive his point home.

He said the Congress would win the bypoll which is fight primarily against the CPM. He said the BJP will be pushed to a distant third.

He said the Congress would resist Narendra Modi and the BJP from coming to power again in 2014.