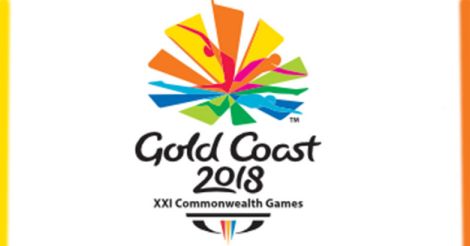 The government will bear the cost of only 54 coaches, 16 doctors and physiotherapists and 19 other officials (89 in all), besides the 221 athletes. Photo: Official site

New Delhi: The sports ministry on Monday cleared a 325-member Indian contingent, including 221 athletes, for the Commonwealth Games in Gold Coast next month, but dropped two contingent staff named by the Indian Olympic Association.

The contingent has 58 coaches, 7 managers, 17 doctors and physiotherapists and 22 other officials (104 non-athletes in all).

Not all the officials are, however, going to the Gold Coast Commonwealth Games on government cost. The government will bear the cost of only 54 coaches, 16 doctors and physiotherapists and 19 other officials (89 in all), besides the 221 athletes.

P V Sindhu's mother Vijaya Pusarla and Saina Nehwal's father Harvir Singh are among the 15 officials/non-athletes who have been cleared on no cost to government. They have not been given any designation on the list issued by the ministry.

The seven managers have also been cleared at no cost to the government and the federations will have to spend for them from their own pockets.

The number of athletes will, however, be reduced to 219 as long jumper M Sreeshankar has been ruled out due to a surgery to remove appendix and paddler Soumyajit Ghosh has been provisionally suspended by his federation after an 18-year-old woman levelled rape allegations against him.

The IOA had included Arun Mendiratta as the chief medical officer of the contingent and Hema Valecha as one of the physiotherapists but the duo's named has been struck off by the government.

Otherwise, the government cleared all the officials submitted by the IOA who had said that the extra officials beyond the 33 per cent of the number of athletes will go on the cost of federations.

Earlier, there was a speculation that the ministry would strictly follow the 33 per cent of athletes' rule while clearing the officials even if they were to go at no cost to the government.

But the ministry in the end decided not to tinker much with the list sent by the IOA except that the government chopped off the chief medical officer's name and that of the physiotherapist.

"As regards inclusion of support staff such as coaches, physiotherapists, masseurs, doctors, managers, officials etc, the ministry expects and believes that IOA and concerned National Sports Federations would have done it in keeping in mind best of national interest and sports," the ministry said.

Hockey has the biggest number of athletes on 36 - 18 each of men and women's teams - while athletics has 31 and shooting 27.

The seven gymnasts - 3 men and 4 women - will compete in the CWG without any coach or any other support staff as no official has been named to accompany them.

There is still discrepancy in the list of the athletics team with the names of Jinson Johnson (1500m) and quartermiler Arokia Rajiv (for 4x400m relay) not in the list. The names of Ajay Saroj (1500m) and Sumit Kumar (4x400m relay) - both of whom were not named in the team announced on March 10 - were there in their place.

An Athletics Federation of India official, however, said that the matter will be sorted out.

The request made by AFI and IOA for a late inclusion of high jumper Siddharth Yadav, Viajayakumari (4x400m relay) and long jumper M Sreeshankar has been accepted by the organisers. Sreeshankar of Palakkad though will miss the CWG as he had a surgery to remove his appendix on Sunday.

The ministry said the IOA, Sports Authority of India and National Anti-Doping Agency and concerned NSFs should conduct dope tests of the athletes.

The 221 athletes and the 54 coaches will be given an out of pocket allowance of $ 50 per day while the 16 doctors and physiotherapists and 19 other officials (except for managers) will get $ 25 per day.