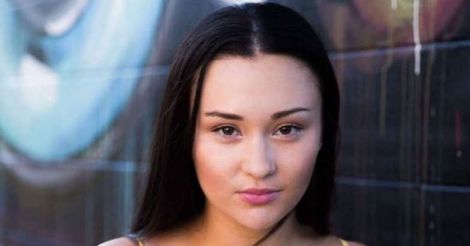 Gold Coast: The teenage dancer who suffered an unfortunate wardrobe malfunction during the Commonwealth Games opening ceremony has got over the "humiliation" of "flashing" the world.

The 19-year-old Georgia Lear's dress ran up a little too high as she ran under a towel during the beach sequence of Wednesday's ceremony, leaving her buttocks exposed to a television audience of millions around the world.

A record crowd of 43,000 spectators and participants in the show were at Carrara Stadium, including British royals Prince Charles and Camilla, along with Australia's Prime Minister Malcolm Turnbull and other dignitaries.

Those who missed the split-second exposure at the time needed only to wait minutes before Lear's embarrassment went viral on social media.

After two days of silence, Lear made some cheeky puns on her social media account about putting the incident "behind" her and later told local media about her "emotional rollercoaster."

"I was devastated at the start - it was quite humiliating," she told News Corp Australia."But you've definitely just got to see the funny side of it. It's something I can tell the grandkids.

"My mum and dad were definitely like, 'Oops, she's just flashed the Prince!" she added."There's no point having a cry about it. You've got to have a laugh."