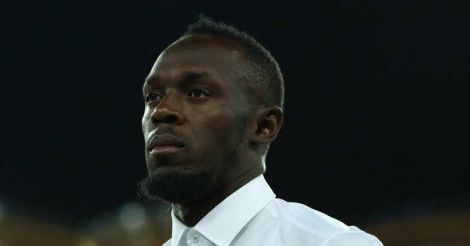 With Usain Bolt anchoring the relay, Jamaica won four of the six golds in Glasgow four years ago and had been expected to dominate again. File photo: Reuters

Gold Coast: Usain Bolt joked that he had perhaps retired too soon after Jamaica failed to win either of the 4x100m relays on Saturday and finished Commonwealth Games without any of the short sprint titles.

With Bolt anchoring the relay, the sprinting superpower won four of the six golds in Glasgow four years ago and had been expected to dominate again despite the multiple world and Olympic champion hanging up his spikes.

"Did I retire too soon? Hmmm," Bolt tweeted after the men's team anchored by his former training partner Yohan Blake finished third behind England and South Africa.

"Watching the relay just now made me ask myself a few questions."

Did I retire too soon? Hmmm

Former world champion Blake, who won bronze as hot favourite in the individual 100, said he had been left with too much to do in the final leg by an inexperienced team - none of whom were in the line-up four years ago.

"We have some great young guys but they haven't been exposed as yet, we just hope they can get it fast," he said.

"To be honest, I'm not going to lie, it's not that they are getting better, it's that we are not performing. Because if we were performing with the times that we are running, they couldn't stay with us."

Bolt joked on his arrival on the Gold Coast as a spectator earlier this week that he would be giving Blake a good ribbing for missing out on the 100 gold.

"He's going to trouble me a lot because he expected me to get the gold in the 100," Blake laughed.

"What happened was I slipped at the start and I couldn't recover. I was in record breaking shape and I'm still in that but I'm going to hide from him when I go home."