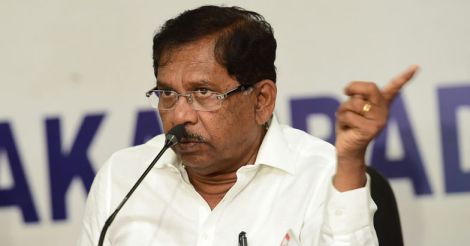 Parameshwara will take oath after JD(S) legislative party leader H D Kumarswamy is sworn-in as the chief ministerAon Wednesday evening in front of the Vidhana Soudha.

The 34-member ministry will have 22 cabinet ministers from the Congress and 12 from the JD(S).

The speaker and deputy speaker will be named on Thursday and names of the cabinet ministers and their portfolios will be announced after the floor test in the hung House.

"A joint coordination committee with members from both the parties will be set up in the next couple of days," added Venugopal.