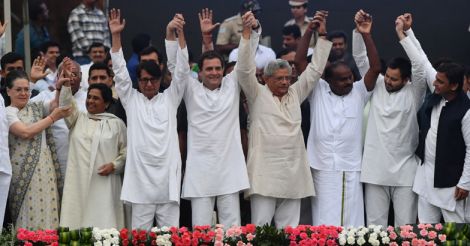 "I had said after the Uttar Pradesh election results came out that my aim is to tie the Ashwamwedha horse of Narendra Modi and Amit Shah (BJP president).

Today both Congress and JD(S) together have tied that Ashwamedha horse in Karnataka," a jubilant Kumaraswamy said.

Calling himself a "child of circumstances," Kumaraswamy said he decided to join hands with the Congress on the advice of several political leaders in 'national interest.' 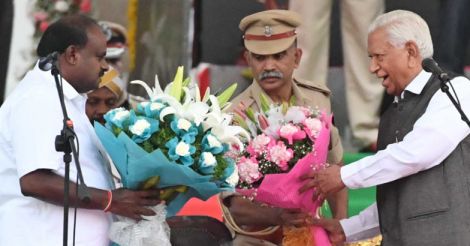 Speaking to reporters after being sworn-in as the chief minister he said, "probably, in the days to come, Amit Shah will have to go to Narendra Modi with a lifeless Ashwamedha horse, as we have tied their horse."

He said many people were having doubts whether the coalition government would last and assured them that he would provide a stable government.

"There is doubt whether this government will last long. With my conduct and that of my government, I will ensure that such apprehensions are put to rest," he said. 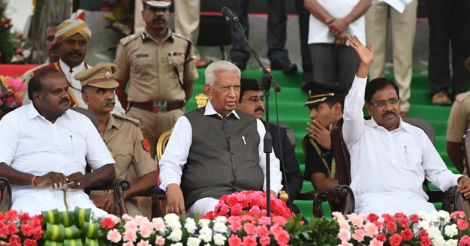 Conceding that people had these doubts because the JD(S) broke away from the Congress in 2006 to form a government with BJP, Kumaraswamy said "...the nature of our (JDS, Congress) relationship thereafter has led to a doubt about our confidence in each other, and can we work together." 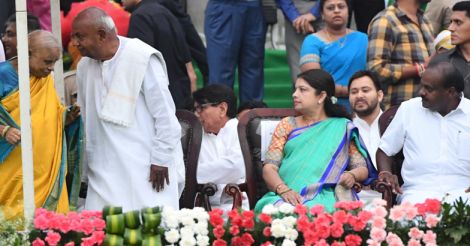 We will not give chance for any differences and we will work to solve the problems of the state," he added.

JD(S) that had fought bitterly against the Congress, especially in old Mysuru region, had to join hands to keep BJP out of power in Karnataka, where the May 12 assembly polls threw up a hung assembly.

Pointing out that he had said before the election that if no party gets majority, he would sit in the opposition and would not reach understanding with any party, Kumaraswamy called himself a "child of circumstances." 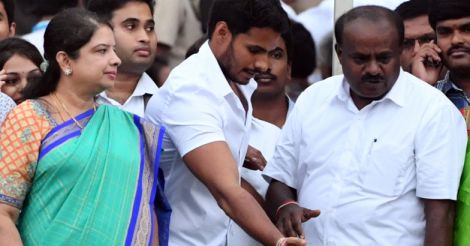 "I'm a child of circumstances; it was unavoidable for me to keep aside my personal wishes and decisions," he said.

The chief minister said several national leaders after the assembly election results advised him to form the government with Congress, keeping the national interest in mind. 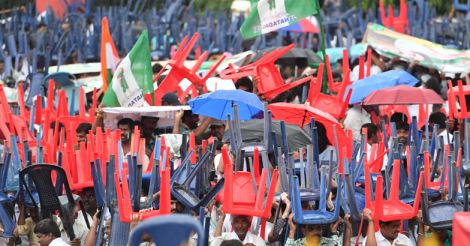 People shield themselves with chairs after rain started at the swearing-in venue: Josekutty Panckkal

Citing the presence of several political leaders at the swearing-in ceremony, Kumaraswamy said "they all coming together makes me feel, it is a new development.

With their coming together for the ceremony, you may understand why I called myself a child of circumstances," he added. 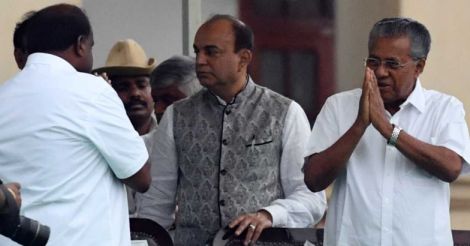 Kerala chief minister Pinarayi VIjayan at the swearing in ceremony

Admitting that there were challenges ahead of him, Kumaraswamy said "it will not be easy for me to run this government easily. I will have to take every step with caution, such is the situation." 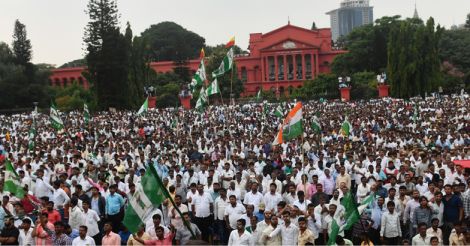 He said many leaders feel that under his leadership the new government would prove to be a "model government."

"I will try to keep up their trust and that of people in me and I will go ahead," Kumaraswamy said.