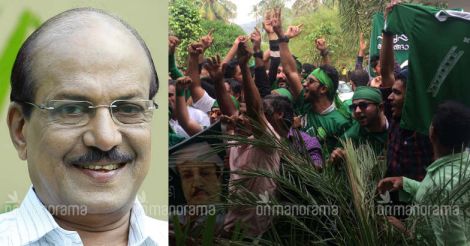 Kunhalikutty, who defeated his nearest rival CPM's M.B. Faisal, won from all the seven assembly constituencies of Kondotty, Manjeri, Perinthalamann, Mankada, Malappuram, Vengara and Vallikkunnu by over 1,71,023 votes. Kunhalikutty got 5,15,330 lakh votes.

A beaming Kunhalikutty told reporters that this was a huge margin of victory in a by-election.

"I will say literate Kerala has voted for secular politics. Kerala's vote has never ever been on communal lines. Instead, it has always been a political vote.

"The BJP has turned out to be the biggest loser. Personally for us, the IUML, we have been able to come back strongly in two assembly segments - Perinthalmanna and Mankada."

A sneak peek at the life and times of 'Kunjappa'

In the 2016 assembly polls, the IUML only scraped through in these two constituencies. Kunhalikutty said: "This time we have dramatically increased our lead there. This clearly shows that the Left has performed very poorly."

In the 2014 Lok Sabha election, however, then IUML candidate E. Ahamed, whose demise necessitated the by-election, was above 1.94 lakh.

The CPM's M.B. Faisal got 3,44,307 votes and the Bharatiya Janata Party candidate N. Sreeprakash was a distant third with 65,675 votes.

Kunhalikutty secured 55.04 percent of all votes, compared to Ahamed's 51.28 percent.

The turnout in the Malappuram by-election on April 12 was 71.33 per cent.