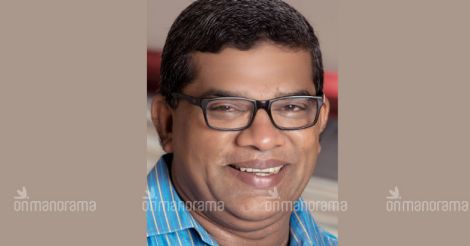 Thiruvananthapuram: The CPM on Sunday announced P.P. Basheer as the LDF candidate for the Vengara assembly bypoll.

Basheer, an advocate and member of the CPM's Thiroorangadi area committee, is considered as a popular face in the constituency. The CPM district secretariat and the district committee discussed only four names on Saturday. The meetings, chaired by Kodiyeri, finally agreed upon Basheer.

Basheer had lost to P.K. Kunhalikutty of the Indian Union Muslim League (IUML) in Vengara in 2016.

On why he fancies a winning chance, Basheer said Kunhalikutty pushed the constituency to a byelection without fulfilling the promises made to the electorate just a-year-and-a-half back.

Basheer was attending the court when he was summoned to the meeting at the district committee office. He expressed his willingness to contest.

The meeting first considered an industrialist who had left Congress and joined the IUML. The suggestion was to field him as an independent candidate supported by the CPM and allies. But the move was abandoned as such a move would not suit the party's policy.

It was suggested that youngsters should get a chance. Students Federation of India national president V.P. Sanu's name was proposed. However, it was pointed out that he shoulders heavy responsibility at the organizational level and hence there was no need to field him in an assembly poll at this age. Another name mentioned was that of V.P. Zachariah, a district committee member, but, he said he wasn't interested. Finally, the meet zeroed in on Basheer.

The Vengara seat fell vacant after Kunhalikutty was elected to the Lok Sabha this year from Malappuram, following the demise of sitting member E. Ahmed, who was also the Muslim League national president.

The byelection will be held on October 11. Votes will be counted on October 15. Nominations could be submitted until September 22.