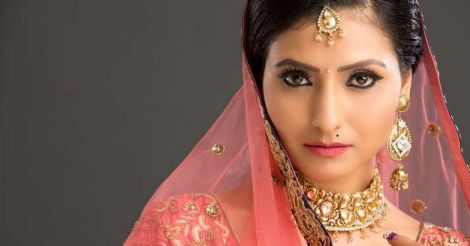 Almost all of us bear moles on our bodies. The modest marks can tell a lot about your personality, astrologers claim. A mole is an indicator of your character depending on it location on your body. Unfortunately, they cannot be changed, like your name.

The Indian and Chinese streams of astrology have been interested in moles for a long time. The celestial bodies start influencing a person right from his days in his mother’s womb. These influences may vary from planet to planet. The influences are etched on our bodies as moles, the theory goes.

If you have a mole on your head, particularly on the right side, you are meant to be a politician. If the mark is reddish or greenish, you could even be a minister. Or you could be a business leader or climb up the ranks in any other organisations. You are assured of success in whatever you take up.

If the mole is located on the left side, you may face frequent cash crunch. You may be forever on the move, not even halting to get married. You may be more interested in the spiritual side of life. Literature is your area too.

If the mole is on the back of your head, you are likely to be fixated on women. If married, you tend to remain close to your wife. You may possess a knack for earning but social status may be hard to come by.

A mole on the right eyelid heralds wealth. Persons bearing such a mole may think very high of themselves. They tend to be spendthrifts. They splash money on temple building and rituals. People with a mole on the left eyelids, however, lead humbler lives. They may be short of money. If the mole is located inside the upper eyelid, such persons are considered lucky and wealthy. Conversely, a mole inside the lower eyelid is considered unlucky.

People with a mole in the right eye are quick earners. They earn money even without indulging in successful businesses or employments. If the mole is in the left eye, such persons are considered arrogant and extramarital.

A mole in the eye socket says that the person is peace-loving. The mole is also considered a portend of premature death.

Moles in the ears represent a passion for luxury. Bearers of such moles splash money beyond their control. They may be brave. If the mole is situated on the back of the ear, such people tend to stick to traditions. They may find a partner from a high-class family.

A mole at the tip of the nose is a symbol of quick thinking. They may be short-tempered too. They never compromise on their pride and wield control over the others. If the mole is on the right side of the nose, they may earn money fast with their hard work. A mole on the left side is not so lucky. A mole on the bridge of the nose denotes a loss of money and difficulty in obtaining a job. If the mole is below the nose, trust them to make sexual overtures. They are likely to preside over a large family.

A mole on the middle of the chin ensures that the bearer is respected for his high thinking. A mole on the right side denotes intellect and diplomacy. They have a knack for persuading other people through sweet talks. They are often considered darlings. People with a mole on the left side of the chin, on the other hand, are outspoken and hence not very popular. They find it difficult to rein in their expenses.

A mole on the upper lips make a person acceptable to all people. He may be interested in women and luxury items. A mole on the lower lip is the mark of a man who is in love with his food. They may be also interested in arts and acting. A mole inside the upper lip belongs to someone who has considerable knowledge in chants and rituals. A mole inside the lower lip tells you you are in the presence of a person susceptible to drinking and gambling.

A person with a mole on the right side tend to respect his parents. They may be softhearted. They are forever loyal to parents and other relatives. They are gifted with health and wealth. A mole on the left cheek is the mark of a man who is an introvert and quarrelsome. They will be left with problems through their lives. However, they can have an easy time in old age thanks to caring children.

A person may have a slow start to education if he has a mole in the middle of his tongue. They are seldom fluent speakers. They may be disturbed by physical discomforts too. However, if the mole is on the other side of the tongue, they may be smooth talkers with a gift to convince others. They may be diplomatic and intelligent. They like good food. They ensure that their children have a great future.

A mole in the right armpit signifies a lust for money, while one in the left armpit is the mark of a man who is obsessed with women.

People with a mole on the right flank may be bogged down by fear. They often lie. A mole on the left flank belongs to people who lead ordinary lives.

People with a mole on the right side of the stomach earn handsomely and win over women easily. People with a mole on the left side of the stomach tend to be selfish and they may be after easy money. They are generally people who are lucky to possess agricultural land. A mole around the navel signifies a luxurious life. Such people may be loose talkers.

If you meet someone with a mole on their right hand, trust her to complete a task with precision and clarity. If she has a mole on the left hand, she may be leading an ordinary life despite high ambitions. Moles below elbows, whether left or right, symbolises success and riches. They are willing to help others and don’t mind being helped either. A mole on the wrist would tell you that the bearer had a poor childhood. They may be writers or painters. They may be staunch believers in god. They get rich as they become old.

Moles on palms are not very desirable. These denotes stumbling blocks all through the life.

Moles on fingers are not either. Such people may find life to be an obstacle course.

Spotted a mole on the right buttock? Such persons may be wise and creative. They are likely to be artists. A mole on the left buttock, on the other hand, denotes a miserable life. They may be leading a life of want.

People who carry a mole on their genitalia may be lascivious. They may be entertaining extramarital affairs.

If the mole happens to be below the feet, such people are likely to be travellers. They like to be their own masters and do not mind creating foes. They may be in awe of arts though.