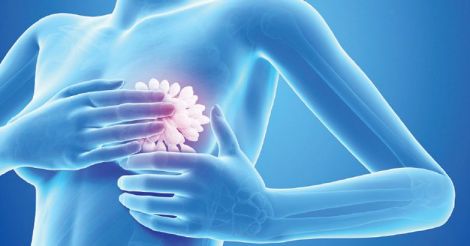 New York: While obesity has been shown to increase breast cancer risk in elderly, for younger women the opposite seems to be true. For pre-menopausal women, a higher body fat was linked to lower breast cancer risk, according to researchers.

The study, published in the journal JAMA Oncology, showed that there was 23 per cent lower breast cancer risk linked to each five-unit increase in body mass index (BMI) between the ages of 18 and 24.

"We saw a trend where, as BMI went up, cancer risk went down. There was no threshold at which having a higher BMI was linked to lower cancer risk," said Hazel B. Nichols, assistant professor at the University of North Carolina.

The trend could be attributed to multiple factors such as differences in hormones, including estrogen - primary female sex hormone - growth factors, or breast density, Nichols said.

Estrogen has known to be a key driver of breast cancer. But, the small amount of estrogen produced by fat tissue before menopause may help tell the ovaries that they can produce less estrogen and also regulate other hormones or growth factors, Nichols said, adding that after menopause, women with higher adipose tissue have higher estrogen levels and usually a higher breast cancer risk.

"In young women, estrogen is one factor that contributes, but it's not the whole story," she noted.

For the study, the team pooled data from 19 different studies to investigate breast cancer risk for a group of 758,592 women who were younger than 55 years.

However, "this study is not a reason to try to gain weight to prevent breast cancer. Heavier women have a lower overall risk of breast cancer before menopause, but there are a lot of other benefits to managing a healthy weight that should be considered," Nichols noted.

Fills my heart to see you smile: Ahaana tells Meghna and, we can't agree more

After she shared pictures of the prayer meeting on Instagram, many found the celebration of the actor's legacy quite special.