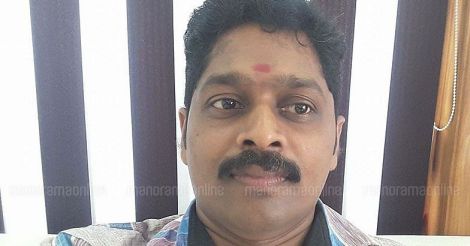 Shemaj, an autorickshaw driver, was pulled out of his vehicle and hacked to death by a six-member gang at New Mahe near Kannur.

Kannur: Three CPM workers have been arrested in connection with the murder of BJP activist Shamej at New Mahe earlier this month.

The accused were nabbed from a lodge at Vadakara on Friday. It is suspected that they had direct involvement in the murder.

Shamej was killed barely an hour after CPM leader Babu Kannipoyil was hacked to death in Palloor on May 6, in an apparent retaliatory attack.

Shemaj, an autorickshaw driver, was pulled out of his vehicle and hacked to death by a six-member gang at New Mahe near Kannur.

The BJP had alleged that the arrest of the accused was delayed as the ruling CPM interfered in the murder case. The latest arrests come after nearly two weeks of Shamej's killing.

Both CPM and BJP had observed a hartal in Kannur district and Mahe on May 8, protesting the killings.