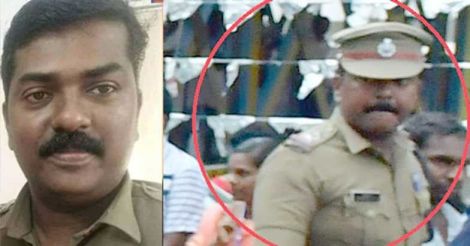 Shibu, who has been suspended in connection with the murder, even refused to hear out Neenu when she went to the police station to complain that her husband had been abducted.

Kottayam: The incidents leading up to the “honour killing” of Kevin P Joseph happened with the active connivance of a police officer, an eyewitness has said. Sub inspector M S Shibu summoned Kevin P Joseph and his wife Neenu to the Gandhinagar police station and let her parents forcibly take her away, said Anish, a relative of Kevin.

Shibu, who has been suspended in connection with the murder, even refused to hear out Neenu when she went to the police station on Sunday to complain that her husband had been abducted.

Kevin was kidnapped by 13 men from his house at S H Mount near Kottayam early on Sunday along Anish. The kidnappers let go of Anish when the neighbours woke up. Kevin’s body was found in a river near Thenmala in Kollam on Monday morning.

Attending the ‘Counter Point’ talk show on Manorama News, Anish said that the sub inspector treated Joseph and Neenu with a vengeance from the start. The cops summoned Kevin and Neenu after her parents complained that the girl was missing.

Though the couple showed the officers the documents to prove that they were legally married, they told them to wait for the sub inspector. Shibu, however, was in no mood to inspect the documents. As soon as he arrived, he pushed Kevin aside and told Neenu’s father to bundle her into the car.

Neenu was dragged all the way to the car parked outside the station. Her father was seen beating her all the time. When the girl fell down, the sub inspector told her father to kick her.

When Kevin and Anish protested, Shibu yelled at them, Anish said. The officer retreated from the scene only after passersby started shooting the commotion on their mobile phones. He later instructed his men to gather all parties in front of him.

Neenu stood her ground and said that she wanted to live with Kevin.

When Neenu and Kevin’s family members returned on Sunday to report Kevin’s abduction, Shibu was equally belligerent. Though the applicants produced the registration number of the abductors’ Innova, Shibu told them that he was busy with a programme attended by the chief minister.

Anish himself went to the police station after he escaped his tormentors. The goons were still following him but the police would not hear him out or help him.

Shibu is an officer with antecedents. He has been accused of helping a man accused of owning a stolen motorbike.

The motorbike was stolen five months ago from the brother of a superintendent of police posted in the police headquarters. The Kottayam West police traced the motorbike to a person who was seen as close to Shibu. The engine number has been tampered with. The man told the investigating officers that he bought the motorbike from a workshop.

Shibu’s interference in the case investigation drew the scrutiny of the special branch which accused the officer of dereliction of duty. The special branch confirmed the report with Onmanorama. The Kottayam West police said that they have sent the motorbike parts for tests.