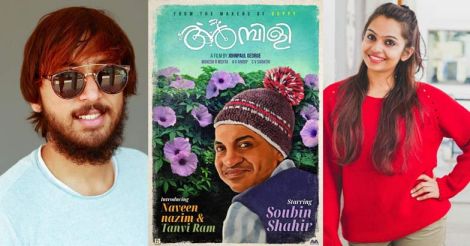 Actor Nazriya’s brother Naveen Nazim will be making his entry into the Malayalam cinema through Ambili. Newcomer Tanvi Ram plays the female lead in the film.

Film-maker Johnpaul George who grabbed the audience’s attention with the drama Guppy starring Tovino Thomas announced his next project. The movie titled Amibili is reportedly a road movie and will have actor Soubin Shahir in the title role.

Actor Nazriya’s brother Naveen Nazim will be making his entry into the Malayalam cinema through Ambili. Newcomer Tanvi Ram plays the female lead in the film.

Ambili is jointly produced by Mukesh R Mehta, AV Anoop and CV Sarathi under the banner of E For Entertainment. The movie which will be shot at various states around the country is slated to hit the theaters towards the end of this year. 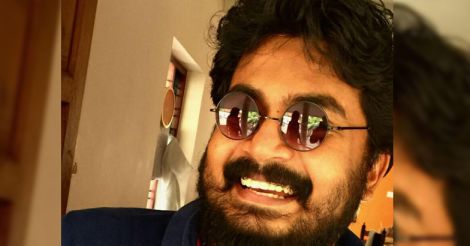 Johnpul George has announced his latest project almost two years after the release of Guppy. Guppy was re-released by Tovino’s fans on the actor’s birthday to share their happiness.

Cinematographer Saran Velayudhan, the noted cameraman who shot many popular TV commercials will be wielding the camera for Ambili. The music of the film will be composed by Vishnu Vijay who composed the super hit songs in Guppy. Vishnu had won the state award for best music composer that year for Guppy.

Editing will be done by Kiran Das and art is by Vinesh Banglan. The costumes for the movie will be designed by Mashar Hamsa and make up is by RG Wayanadan. The executive producer of the movie is Premlal KK. Sooraj Philip is the line producer while Benny Kattapana is the production controller.

The first look of the movie was shared by many actors on their social media pages including young super star Dulqer Salmaan.

Announcing the film, Johnpaul George wrote on his Facebook page, “It has been two years since 'Guppy' reached the audience. I always feel immense joy when Guppy’s name come up whenever someone talks about movies that are close to their hearts.

All these while I was busy preparing for my second film and I have an announcement to make about that movie. The movie’s name is 'Ambili'. Soubin Shahir plays the lead role and we are introducing two newcomers Naveen Nazim and Tanvi Ram through Ambili.”

The Guppy director wrote that he had tried to portray in his debut movie the endearing power of selfless love which took away the differences among people. He added that he wished to make his second movie by being closely in touch with the present times. “In these times when the politics of hatred spread, there are certain people who become the torchbearers of love and care. 'Ambili' is about those people,” said the director. Johnpaul George concluded his Facebook post by wishing the audience a lovely and prosperous Vishu.

Upset fans had started a petition on Charge.org, asking HBO to hire 'competent writer' and make the final season of GOT...