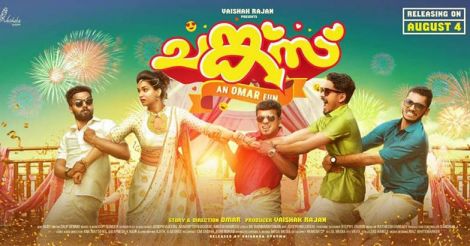 A life without women is a night without the moon, they say. If that sounds like an exaggeration, ask mechanical engineering students.

While their counterparts in all other departments hang around with their female classmates, the 'mech' heroes can’t help but react like the fox who couldn’t get the grapes.

So, more often than not, the few girls who join the mechanical department are treated like the oasis in deserts and are called 'Mech Ranis.'

Chunkzz, the second directorial venture of Omar Lulu after the much-celebrated Happy Wedding, is a full-fledged entertainer, which details the story of fun, frolic, and friendship in a mechanical engineering batch.

Balu Varghese (Romario), Dharmajan Bolgatty and Visakh Nair are the 'mech chunkz' of a self-financing engineering college, and Ganapathy S. Pothuwal is their common friend from the computer science batch. Honey Rose (Riya) makes a glittering entry as the Mech Queen and pumps up the environment with her flashy looks and dauntless attitude. 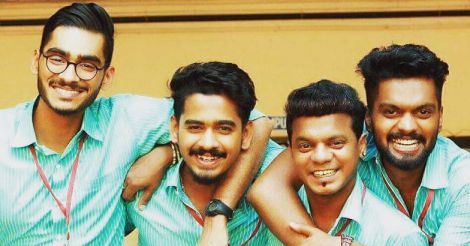 Balu Varghese (Romario), Dharmajan Bolgatty and Visakh Nair are the 'mech chunkz' of a self-financing engineering college, and Ganapathy S. Pothuwal is their common friend from the computer science batch.

Lal plays the role of Balu Varghese’s cool dad who wants to bamboozle his millionaire friend (Siddique) through a marital alliance with his family. It seems Malayalam filmmakers just can’t think of a campus movie without a cool dad and mom. The Varkey-Mary couple of Chunkzz seems like the dream parents of every engineering student.

As Honey Rose’s lesbian friend, who rides a bullet, knocks out well-built men and jumps compound walls, Mareena Michael has done complete justice to her role. Dharmajan Bolgatty's spontaneous humor, situational slapsticks, and witty repartees would keep the audience stuck to the screen without boredom.

With quick shots, compact screenplay stuffed with dialogs, familiar background scores from famous movies to match the situations and quick shifts from scene to scene, Chunkzz is truly a movie worth watching.

The absence of superstars and typical masala elements to push the movie in the market also make Chunkzz stand apart from the recent crowd pullers. 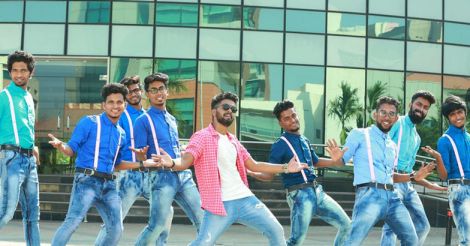 A scene from the film.

Shammy Thilakan shines in the role of a cool professor, who makes a mockery of the famous character Chacko Mashu of Spadikam.

While the movie has successfully managed to give a rough sketch on the likes and preferences of today’s youth, it carries with it a subtle notion that it’s a sin to have dark skin, just like Kattapanayile Rithwik Roshan.

Balu Varghese's character constantly worries about his dark complexion, weak built and ‘poor’ looks and everyone around him openly admits it as his shortcoming. 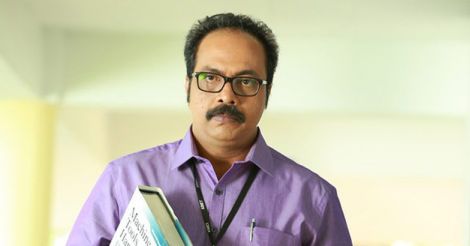 Shammy Thilakan shines in the role of a cool professor, who makes a mockery of the famous character Chacko Mashu of Spadikam.

“How could I get married to you? Look at our complexions. I am fair and you are dark,” says the heroine. “How could our children get married to each other? Your son is dark and my daughter looks angelic,” says Siddique's character. “Let's turn down this marriage proposal. My boy is dark. He is a bad match for your beautiful girl,” Lal's character, the boy's father himself, says.

After a point, it’s a bit annoying to watch such racist comments being made so flippantly and casually. The 'theppukari' stereotype, an informal terminology to brand the women who betray in a relationship, is also brought on screen with wrath and malice.

The director has treated the tomboy character of Mareena without any prejudices and it doesn't cater to any stigmas or misconceptions Malayalam family audience maintain towards homosexuality. 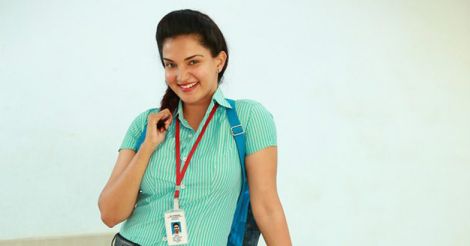 Honey Rose (Riya) makes a glittering entry as the Mech Queen and pumps up the environment with her flashy looks and dauntless attitude.

But keeping apart such particular and pinpointed instances, Chunkzz is a full-fledged entertainer, which would make one roll on the floor laughing. A light movie, which doesn't involve any complex thoughts and emotions, here’s a film that you can enjoy to the fullest.