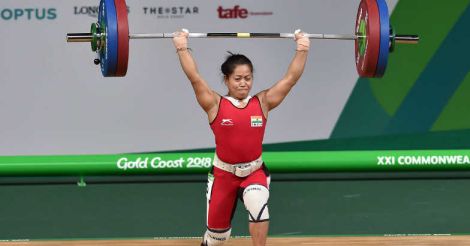 Gold Coast: The Indian weightlifters continued to excel as Sanjita Chanu and Deepak Lather added a gold and bronze to the team's tally, while the shuttlers and boxers remained unbeaten on the second day of the 21st Commonwealth Games here on Friday.

If Mirabai Chanu was the toast of the nation on Thursday, it was the turn of Sanjita Chanu to hog the limelight on Friday, claiming a gold and a Games snatch record in the 53kg category.

The diminutive Manipuri lifted a total of 192kg (84kg+108kg) to claim the gold and broke down in tears on the podium.

Ensuring that the men also had a share in the day's exploits, Lather became the youngest Indian weightlifter to claim a CWG medal with his bronze in the 69kg category.

While Lather had luck on his side as his nearest rival fouled the all-important final clean and jerk lift, Chanu had her fortitude to thank as she claimed her second successive CWG gold despite nursing a nagging back problem. 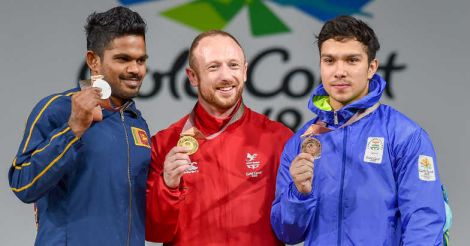 The contrast couldn't have been more striking between the two Indians. While Chanu broke down in tears when she was presented her medal, Lather was grinning ear to ear and in mild disbelief at his good fortune.

"I was just sitting inside and hoping the Samoan would fail his attempt. I know it's bad to wish ill for someone but I couldn't help it," Lather said breaking into a laughter after the medal ceremony.

The only disappointment in the weightlifting arena was Saraswati Rout in the women's 58kg category. She failed to complete a single valid lift in the snatch section and was disqualified from clean and jerk as a result.

Indian eves down Malaysia in hockey

There were several other good results to celebrate for India though, a prominent one being the women's hockey team bringing its campaign back on track with a 4-1 thrashing of Malaysia. 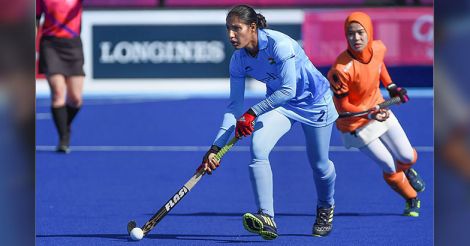 The triumph helped the side recover from the shocking 2-3 loss to a lower-ranked Wales in the opener.

The Indians continued to be the big bullies of the badminton court, dismantling Scotland to top their mixed team event group and advance to the quarterfinals.

Saina Nehwal was in rampaging form and took down Julie Macpherson in just 36 minutes during the mostly one-sided contest which India won 5-0.

"I think that these wins in the tournament are important because they give us confidence moving forward,” said K Srikanth, who defeated Kieran Merrilees in straight games during the rubber.

In the boxing ring, CWG debutants Amit Panghal (49kg) and Naman Tanwar (91kg) were hardly pushed as they recorded unanimous victories to enter the last-eight stage.

On the squash court, Joshna Chinnappa entered the quarterfinals with a 3-0 win over Australia's Tamika Saxby.

The day was, however, not without its fair share of disappointments, a big one among them being Dipika Pallikal in the women's singles squash competition. She went down to England's Alison Waters 0-3 in the pre-quarterfinals.

Former Asian gold-medallist Deborah Herold made the final heat of the women's sprint event in cycling but lost to Australian Kaarle McCulloch to bow out of medal contention.