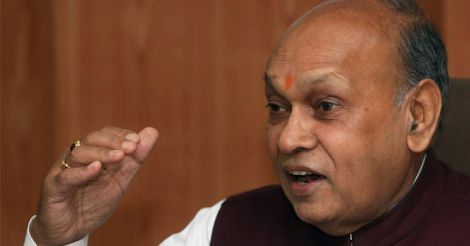 Prem Kumar Dhumal was defeated from the Sujanpur Assembly seat.

Shimla: The BJP is all set to wrest power in Himachal Pradesh with its candidates on a victory lap in 36 of the 68 seats in the assembly elections on Monday. However, what ended up being a blotch on the saffron party is the poor showing of its chief ministerial candidate Prem Kumar Dhumal in the hill state.

Prem Kumar Dhumal, was defeated from the Sujanpur Assembly seat. He lost to his close rival Rajinder Rana of the Congress.

In Gujarat too, where the BJP is set to form a government for the sixth time, the BJP suffered a scare at the hands of the Congress and were engaged in a brief neck-and-neck contest.

CPI-M's Rakesh Singha defeated his near rival Rakesh Verma of the BJP from Theog.