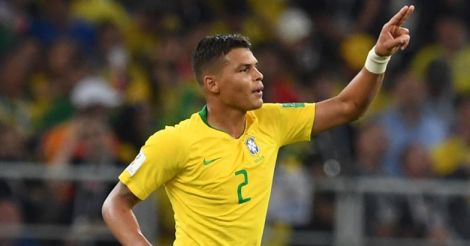 Moscow: Brazil comfortably reached the World Cup last 16 after Paulinho and Thiago Silva scored in each half to give them a 2-0 win over Serbia who were eliminated on Wednesday. The five-times world champions finished top of Group E with seven points and will face Mexico in the second round. Serbia ended in third place with three points.

Paulinho broke the deadlock in the 36th minute when he timed his run perfectly to reach Philippe Coutinho's lofted through pass and flick the ball over goalkeeper Vladimir Stojkovic. Serbia forward Aleksandar Mitrovic had two excellent chances to equalise with close-range headers in the second half before Brazil defender Thiago Silva sealed the game with a near-post header from a corner in the 68th minute.

I want my films to reflect what I believe in, said the director.