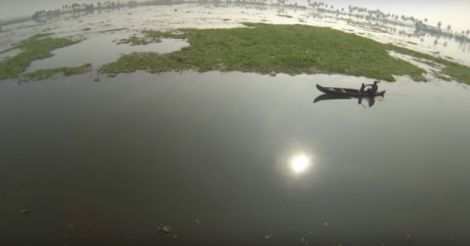 "Like my flock of ducks, I feel disarrayed," the evocative poem of Kavalam Narayana Panikker flows in the backdrop, sealing the consternation of Kuttappayi’s grandfather while he rows him across the waters promising a school and books, but quietly laying a trap.

An adaptation of Anton Chekov’s story Vanca, Ottaal is featured in the competition section in IFFK 2015.

Eight-year-old Kuttappayi (Ashanth K. Sha) is an orphan; his only remaining relative is his 70-year-old grandfather (Vasudevan Kumarakom). His parents killed themselves because of growing debts and helplessness—something that could outnumber death rates due to natural causes in Kerala. 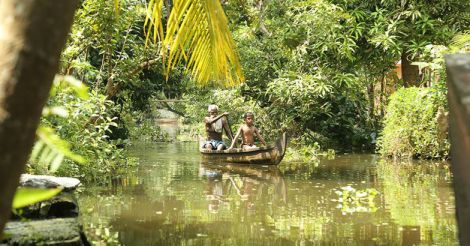 Kuttappayi’s grandfather rears ducks; he goes wherever the ducks go. Kuttappayi tags along with him; they are like the migratory birds that keep changing places. A smart Kuttappayi makes friends with Tinku, a boy from a local affluent family during their stint in Kuttanad. He helps the boy with his school projects and evidently wants to go to school himself. Tinku’s mother is affectionate towards him, but isn’t able to do much to help him.

A local odd-job guy, Mesthiri, as he’s referred to, (Shine Tom Chacko) compels Kuttappayi’s grandfather to send him to the fire-cracker making company across the border. Though at first he was unwilling, he succumbs to the idea when faced with the fact that he won’t live long.

Director Jayaraj has placed the short story from Moscow in the politically and socially active premise of Kerala. His discretion to turn what was largely a letter-format short story into an eventful film focusing on a social issue, seems like an expert choice.

The camera breathes Kuttanad and its locales with photo-frame captures and expansive shots. Shot largely in natural light, the camera by Radhakrishnan M. is breathtaking. 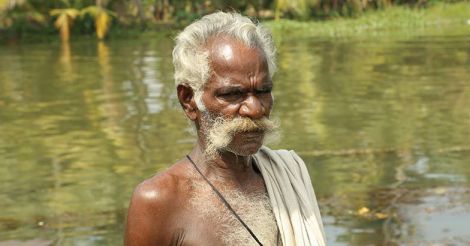 Vasudevan Kumarakom plays the 70-year-old grandfather in the movie

Ashanth is a natural actor and plays his part well. Vasudevan Kumarakom, who is a fisherman in real life, steals the show when he drops Kuttappayi off and rows back, fiercely slapping the row against the water, making as much noise as he can to obliterate the cry of Kuttappayi, who doesn’t want to 'go to school' leaving his grandpa behind. Kudos to Jayaraj for rounding in on him to play the role; realistic cinema couldn’t get more realistic than this.

A narrative with a purpose, Ottaal sticks to its idea and carries it out brilliantly. It lays the perfect trap to take a hold of your conscience and bring it to life.

» The camera works that wrap itself around the sylvan of Kerala