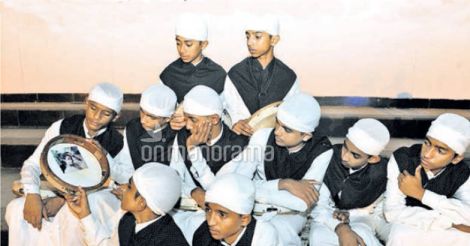 Negative marks would be given to the contestants for ostentatious display of luxury.

Thiruvananthapuram: The revised manual of the State School Arts Festival has proposed to do away with adding grace marks to the aggregate marks of the public examinations. Instead, students will be awarded a special sheet giving the details regarding their performances along with the SSLC certificates.

In a bid to discourage extravagance and encourage simple dresses and minimal use of ornaments at glamorous events such as dance competitions, negative marks would be given to the contestants for ostentatious display of luxury. However, winners will be adjudged solely at the discretion of the judges.

A proposal has also been made in the draft to blacklist and ban erring judges from all the government-sponsored arts and cultural competitions and programs.

It is learnt that a viva voce could be added to the dance and music competitions to test the knowledge of contestants after a performance.

The rules and regulations for all competitions at the art fete will be revised. The prime objective is to reduce the number of appeals that often upset the time management of the festival.

Dismantling the infrastructure of snobbery and other demons

The draft manual was prepared by a committee headed by the general education director with inputs from mediapersons, former individual champions of the annual fest, and experts from different fields.

Appointment of judges will be entrusted with top-level officials at the education department, including the district education officers.

If charges of irregularities or favoritism are leveled against a judge, the official who selected him/her will also be held responsible.

Arts festivals should be student-friendly and held in compliance with green protocol, the draft said.

A proposal to organize the State Arts Festival during the Christmas or summer vacations had been made during the tenure of the previous government, however a final decision in this regard would be made only after deliberations with the departments concerned, the education minister said.

The draft would be circulated among experts in the field and teachers’ and students’ organizations to have discussions on it before the new manual comes into effect.