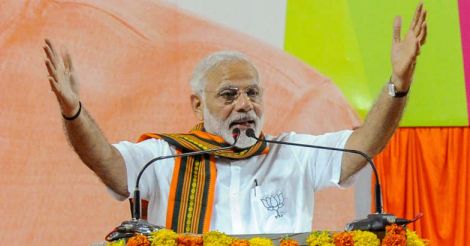 New Delhi: Prime minister Narendra Modi on Saturday urged voters in Karnataka to come out in large number to cast their vote.

Polling is underway in 222 out of 224 seats in Karnataka which is witnessing a three-cornered contest among the ruling Congress, the BJP and former prime minister H D Deve Gowda's JD(S).

"Urging my sisters and brothers of Karnataka to vote in large numbers today. I would particularly like to call upon young voters to vote and enrich this festival of democracy with their participation," Modi tweeted.