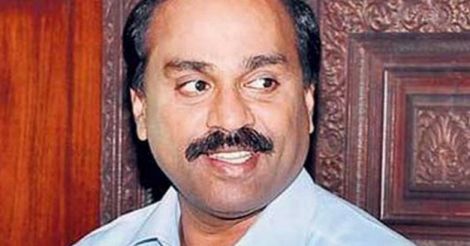 In the audio, a man suspected to be Reddy is heard allegedly offering Chitradurga Rural Congress legislator Basanagouda Daddal a ministerial berth with "100 times growth."

Bengaluru: Accusing the BJP of poaching on opposition MLAs to prove its majority in Saturday's floor test, the Congress on Friday released a purported audio conversation between mining baron Janardhana Reddy and a Congress MLA to back its claim.

In the audio, a man suspected to be Reddy is heard allegedly offering Chitradurga Rural Congress legislator Basanagouda Daddal a ministerial berth with "100 times growth."

"We condemn the activity of the congress' dirty tricks department," he said.

Addressing a press conference, Congress spokesperson V S Ugrappa, who released the audio tape, said Daddal was also offered Rs 150 crore, which, however, was missing in the audio clip.

In the conversation, the man is heard telling Daddal that a fortune awaits him where he can become a minister and build wealth 100 times more than what he has now.

"Forget the unpleasant past we had. Now my good time has started. Our senior.. national president will talk to you. Whatever you want like position and other things, you can talk to him one-to-one (directly)," he says.

The man also concedes that Daddal had lost his wealth by relying on him when he (Reddy) had launched the BSR Congress, a breakaway group of BJP in 2011.

Apparently trying to convince Daddal, the man reportedly says "During BSR time when we had bad time, we formed the party in an adverse situation.

There is no denying the fact that you all lost your property by relying on me. I want to tell you that you will grow 100 times (more than what you are now).

Shivanagouda became minister by trusting my words. Has he not made money and became strong enough to remain MLA till death. Didn't he grow because of me?"

However, the Chitradurga (rural) MLA is heard turning down the offer saying the Congress had helped him and campaigned for him during the election.

Ugrappa also claimed that he has got the audio clip of conversations of BJP's national leaders too, "which will be released at an appropriate time."

He warned the BJP leaders not to resort to ulterior ways of grabbing power. "Else, the nation will not pardon them," Ugrappa added.

Lashing out at the congress, Javadekar said "after repeated electoral defeats, the congress' dirty tricks department is working at full speed."