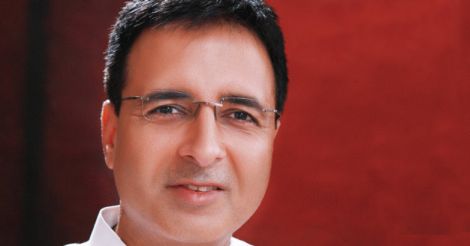 New Delhi: The BJP's "Operation Lotus" to poach legislators from other parties has failed and democracy has won in Karnataka, the Congress said soon after chief minister B S Yeddyurappa announced his decision to resign without facing a trust vote on Saturday.

Lotus is the poll symbol of the BJP.

Former Union minister P Chidambaram also said that the democracy in Karnataka was saved for time being.

Poor Mr Yeddyurappa. When the puppeteers fail, the puppet falls and breaks, he said on Twitter without naming the BJP's central leadership.

Apparently falling short of a simple majority, Yeddyurappa, who was sworn in as the chief minister the day before yesterday, announced on the floor of the House that he would not face confidence vote and that he was going to resign.

The BJP had emerged as the single largest party in the state assembly polls, winning 104 seats.

The Congress and the JD(S) won 78 and 37 seats respectively and announced a post-poll alliance as they staked claim to form government.

'Operation Lotus' refers to the BJP's move during Yeddyurappa's previous tenure as the chief minister to make MLAs of other parties resign and contest the elections and win again as the candidate of the saffron party.