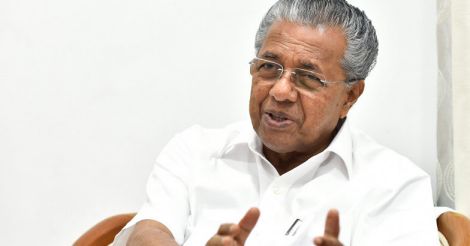 Vijayan will be attending the ceremony, accepting the invitation of former prime minister and JDS supremo Deve Gowda and his son, Kumaraswamy, sources in the chief minister's office said.

Kumaraswamy, heading the JD(S)-Congress coalition, is becoming the chief minister of Karnataka for the second time.

The Janata Dal(S) is a partner of the ruling CPI(M)-led LDF in Kerala.

The party's nominee, Mathew P Thomas, is the water resources minister in the state cabinet.