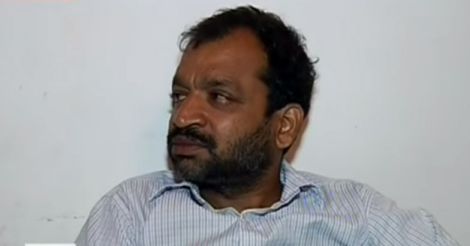 Kochi: Of all the social media forwards related to the initial runs of Kochi Metro that did the rounds, one was particularly striking. It showed the photograph of a man dozing off in the train and the accompanying comments said he was drunk.

A Manorama News team tracked the subject of ridicule to his house at Kidangoor near Angamaly and he could not even defend himself. Eldho, a hearing and speech-impaired man, was returning from the General Hospital in Ernakulam after visiting his critically ill brother.

Eldho and his speech-impaired wife had to rely on their son to explain what happened on Metro. “Pappa, mamma and I had gone to the General Hospital. While we were returning, I told Pappa that we should ride the Metro,” Basil said. Eldho’s mother also defended her son. “He was very disturbed when he saw his brother in the hospital. He must have lied down because he was upset,” she said.

Even Eldho’s neighbors and colleagues request the social media trolls to leave him alone. Staff at the Headload Workers’ Welfare Board are all praise for the last-grade employee.

So before you hit the forward next time you chance across a post, think about Eldho. Your forward could be a damning indictment of someone who is innocent.