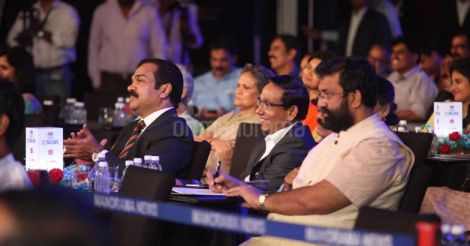 The liquor policy should be changed, he said, adding wine and beer parlors were essential for the growth of tourism.

Only if tourism grows, more jobs would be created, Kant pointed out.

Kerala should move away from the typical dichotomy of socialism and capitalism to the more practicable sustainable development to move ahead, Kant said.

Kerala was at the crossroads as the very pillars on which the state had built its economy were facing challenges.

How Mananchira became the pride of Kozhikode residents

As the Gulf boom was coming to a halt and oil was being questioned as a profit commodity, we should use innovative and ground-breaking technology to move forward.

He said wealth was a happiness creator and Malayalis should not keep the notion that creating wealth was a crime. Successive governments had been adding rules to make functioning of businesses difficult, he said.

Happiness was essential for the development of any state. We should identify the growth drivers. We had all the positive indices but we ignored manufacturing and our agriculture too remained stagnant, he said.

He said the creation of a wide array of technology-based development tools had been taking business and profit away from traditional and large companies. The job creators would be the new, small, smart disruptors.

Governments should create conditions conducive for happiness. Happiness as a function of environmental sustainability. We cannot be happy in a place littered with waste. We would be naturally unhappy in a place which lacks a good drainage system and other basic amenities, he said.

He stressed on the need to make Kerala an innovative society to meet the evolving challenges.