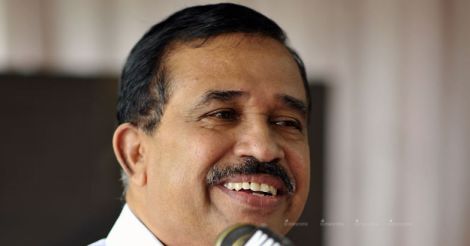 Malppuram: Indian Union Muslim League (IUML) has announced the name of K.N.A. Khader as the United Democratic Front (UDF) candidate for the Vengara bypoll. The announcement was made by the IUML state president Hyderali Shihab Thangal at Panakkad Monday.

Khader, presently the IUML District Secretary in Malappuram, has proved his mettle as a legislator in the past.

After the state general secretary K.P.A. Majeed backed out of the candidature citing organizational responsibilities, the ticket was reportedly offered to K.N.A. Khader, the district general secretary.

More names, including those of U.A. Latheef and P.M.A. Salam, both state secretaries,were also knowm to be under consideration.

The candidate declaration was moved to Monday after the LDF named P.P. Basheer as its candidate on Sunday. Khader, had earlier won from the Vallikunnu constituency in 2011 but was denied a ticket in the last election.

The CPM candidate, P.P. Basheer, had contested against Kunhalikutty in the 2016 assembly polls and lost by a margin of 38,057 votes in the same constituency.

The decision was taken in the League parliamentary board meeting held at Panakkad. U.A. Latheef, who was reportedly being considered for the ticket till the last moment, has been made the secretary of the IUML Malppuram district unit.

The IUML is the second biggest ally of the Congress-led UDF. The bypoll became necessary after sitting legislator and top IUML leader P.K. Kunhalikutty vacated the seat after being elected from the Malappuram Lok Sabha constituency in April this year.

The last date of filing nominations is September 22. The bupoll is scheduled to be held on October 11.

In this year's Lok Sabha by-election, Kunhalikutty had increased his margin from the constituency, which comes under the Malappuram Lok Sabha constituency to 40,529 votes.

Read more at: Latest in Kerala | Kavya Madhavan won't be named an accused for now: cops