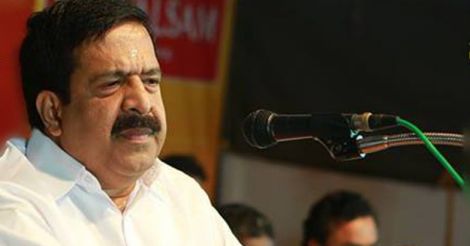 Thiruvananthapuram: The Congress in Kerala demanded a public apology from chief minister Pinarayi Vijayan on Monday in the backdrop of actor Dileep's arrest in the abduction and assault case of a Malayalam actress last year.

In a statement here, leader of opposition in the Kerala Assembly Ramesh Chennithala said Vijayan had stated during the initial stage of the probe that there was no conspiracy angle in the case and it was a "figment of imagination" of the prime accused, 'Pulsar' Suni.

The Congress leader alleged that this statement of the chief minister had "affected" the investigation.

Vijayan had, from the beginning, insisted that there was no conspiracy in the case, he said in a statement.

On February 17, the popular actress, who has also worked in Tamil and Telugu films, was abducted and allegedly molested inside her car for two hours at a busy area in Kochi by the accused, who had forced their way into the vehicle.

Popular Malayalam actor Dileep was arrested Monday in connection with the case.

Tags: Attack on actress
OUR PICK

Deepika, Ranveer wish each other on second wedding anniversary