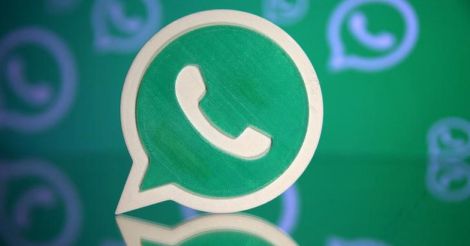 The assistant manager’s salary details were being circulated along with a WhatsApp message which compared salaries drawn by employees of the Food and Civil Supplies Department and the Civil Supplies Corporation.

Kochi: Close on the heels of the data leak from Service and Payroll Repository of Kerala (SPARK), the database of over 5.5 lakh government employees and pensioners in the state, another serious security breach of employee database maintained by a state government department has been reported.

The breach was detected in the Supplyco Employee Information and Payroll System (SEIPS), which contains records of employee information, emoluments, credit reports and other personal and official data.

The issue came to light after an assistant manager attached to the Supplyco office in Kollam filed a complaint with the management alleging that his earning records were leaked and circulated on a WhatsApp group. The management has launched an internal inquiry into the matter, it was learnt.

The SEIPS database is maintained and managed by a division of the Management Information System (MIS).

The assistant manager’s salary details were being circulated along with a WhatsApp message which compared salaries drawn by employees of the Food and Civil Supplies Department and the Civil Supplies Corporation.

“There was a false notion that SEIPS database was secured and protected. The leak of salary bills protected with a confidential username and password exploited the SEIPS’s security vulnerability,” the complainant alleged.

Recently, the Supplyco had issued an order for the creation of 318 new posts as part of the implementation of the National Food Security Act, 2013. There were reports that another 121 pots would also be created. According to sources, the ongoing tug of war between Supplyco employees and Food and Civil Supplies staff to get promoted to the newly sanctioned posts was behind the leak of salary bill.