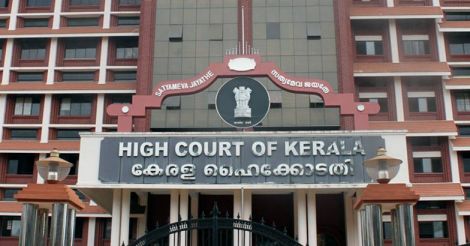 Kochi: The Kerala High Court has observed that the government is entitled to raise the minimum wages of nurses by issuing a notification in this regard. The HC made the observation on Tuesday while rejecting a plea by the managements of private hospitals. The government may hold talks with the representatives of hospital managements and approach the court after issuing the order if these were necessary, the HC said.

Earlier, the talks held between hospital managements and nurses’ associations had failed to resolve the issue as they refused to budge from their respective stands.

While the management representatives warned that if the government recommendation regarding the minimum wages were implemented the private hospital sector would collapse, the leaders of nurses' association insisted that the wage-hike proposals should be effected in toto.

Hospital managements said that if the minimum salary of Rs 20,000 proposed by the government came into force, even the junior-most nurse would have to be paid at least Rs 33,000. The management representatives added that they were willing to pay the salary of Rs 18,232 suggested during an earlier meeting with the minister. Any additional wage burden would affect the functioning of hospitals, they said.

After the talks failed to resolve the issue, labour commissioner A Alexander had said the future course of action would be decided as per the court's decision.

An HC intermediary and a representative of the minimum wages advisory counsel had participated in the the meeting called by the labour commissioner on the advice of the High Court.