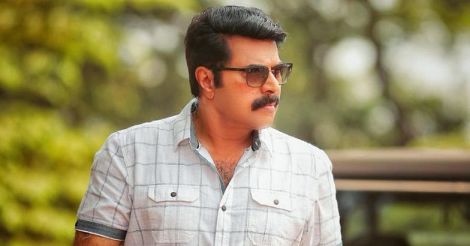 'Street Lights' are useless during the day, but at night, when darkness prevails all around, they provide the sole illumination that helps us find our way.

Shamdat Sainudeen’s directorial venture starring Mammootty presents several such characters, whose presence is otherwise hardly noticed, but who play their crucial role at the right time. Still, there are some lights which fail to function in the movie.

‘Street Lights’ is not a mega star Mammootty movie all the way. He, in fact, is the link that connects all the flickering ‘lights’ that shine throughout the film.

Though a dark thriller, there is enough dose of comedy in ‘Street Lights’, which is supplied ably by Soubin Shahir. The dark aspect is evident even in the BGM. The movie does not attempt to be a big budget thriller, as a dialog goes, “Don’t expect any grand spectacle like a Shankar movie.” 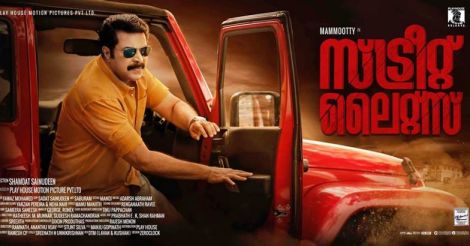 The story begins with the robbery of a diamond necklace during the early hours. Three persons are involved – Sachi and Raj belonging to Kochi and Murugan, a Tamilian. The owner of the necklace does not want to file an official complaint and drag the police into the case. However, crime branch official James, played by Mammootty, has his own reasons to pursue the investigation.

From the robbery, the scene shifts to Mani’s house. A poor schoolboy belonging to Tamil-speaking family, he is however proud about earning his own money to buy a new uniform and bag on his birthday. He works at a service station during the early mornings to achieve his goal.

Mani’s neighbor Ramya and her soft corner for a distant relative form a sub-plot.

Amid all this, the thieves are desperately trying to sell off their valuable booty. The plot unfolds, similar to the several links which make up the diamond necklace.

Soubin, Dharmajan Bolgatty, Hareesh Peruvanna and Lijomol represent ‘Street Lights’ and enact their characters with gusto. Dharmajan and Hareesh desist from overdoing comedy and remain in the shadow of the main thief, Murugan, who is brought to life ably by Stunt Silva. When Dharmajan’s character is roughed up by Murugan, he can only mumble, “If he were a Bengali, and not a Tamilian…” highlighting his helplessness.

Murugan shines while emoting as well as during fights throughout the movie.

Adish Praveen, in the role of Mani, is another find of ‘Street Lights’. The actors who play the role of his parents also fit well.

Though Mammootty has his moments of glory, the director has taken care to ensure that actor is not presented as a super hero. The actor, even while retaining his glamor, does engage in some realistic chases, whenever the script demands it.

Several other ‘lamps’ also shine throughout ‘Street Lights’. Notably, the screenplay, by another debutant - Fawas Muhammed - which was adapted from a short film. The journey of the diamond necklace has been told seamlessly by Fawas. Manoj, who has done the editing, too has linked all sub-plots with smooth cuts. 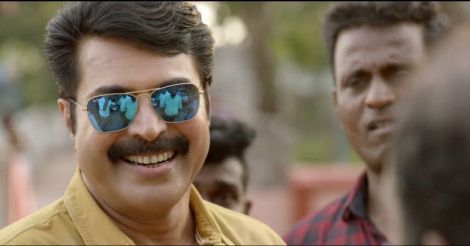 Shamdat’s brother Sadat, who handled the camera, has tried to experiment with the visuals, which were shot at the locations in Kochi and Pollachi.

Filmgoers expect something fresh and exciting from a debutant director and Shamdat does not disappoint them. The trailer of the movie was somewhat misleading – one felt it was an action thriller. ‘Street Lights’ turns out to be a movie for everyone – a sparkling necklace linking family drama, humor, romance, tragedy as well as action.