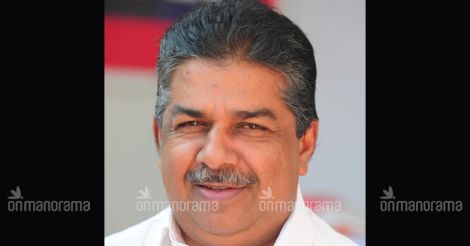 The CPM-led Left Democratic Front is confident that the Kerala Congress (M) would vote for it in the Chengannur by-election despite the party adopting a political stance in favour of its old friend Congress-led United Democratic Front.

"Whatever political resolution they take, I am sure that the consciences of the workers as well as the leadership of the KC(M) is with me," LDF candidate and CPM Alappuzha district secretary Saji Cherian told the media here on Tuesday. Cherian was reacting to reports that the KC(M) would decide to back UDF candidate D Vijayakumar in the polls to be held on May 28.

Later in the day, KC(M) announced the decision to back Vijayakumar in the bypoll but the party was yet to make a call on whether to rejoin the UDF or not.

The KM Mani-led party had ended its decades-long ties with the Congress after the assembly polls in 2016.

The CPM had been trying to woo the party with deep roots in central Kerala for long despite stiff opposition from CPI, the second largest ally of the LDF.

Cherian agreed that the KC(M) had considerable influence in the constituency but ruled out any possibility of the party's political resolution affecting his poll prospects adversely.

Meanwhile, Mani's decision has energised the UDF camp as it counts on each vote in the poll wherein it attempts a comeback in the constituency as well as the state as a whole.

Actor Jagadeesh, who is on a hectic campaign for the UDF, said Mani's decision doubles the happiness of a confident Congress-led front. He slammed the LDF for its double standard vis a vis the corruption allegations against Mani. "The LDF called him corrupt when they were in the opposition. Now they wanted his votes. However, we have always stood by him since he is a great leader," said Jagadeesh who had lost to LDF-backed Ganesh Kumar in the Assembly elections in 2016 from Pathanapuram constituency.

The KC(M) reportedly claims to have a vote base of at least 5,000 votes. However, the Congress does not buy the claim.

"They may have some thousand votes," a Congress leader told Onmanorama on condition of anonymity. "But in a by-election, every vote counts," he added.