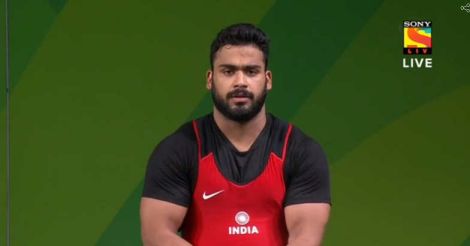 Gold Coast: Vikas Thakur added a shade of bronze to Indian weightlifters' golden run at the Commonwealth Games, claiming the third position in the 94kg category by equalling his personal best here on Sunday.

The silver went to Canada's Boady Santavy, who lifted 369kg (168kg+201kg). His snatch effort was a new Games record.

For Vikas, the medal was a climbdown from the 2014 edition where he had claimed a silver with a lesser lift of 333kg.

India have won five weightlifting gold medals so far besides a silver and two bronze.