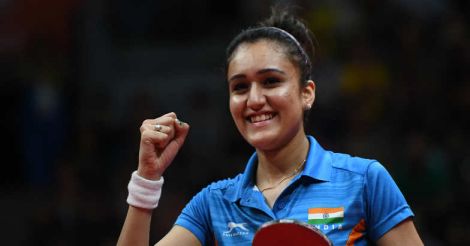 Manika was trailing 1-6 in the first game. But soon found her rhythm and made it 5-7 because of some errors on the backhand from her opponent.

The Indian continued the same pace throughout the game and despite leading in the early stages of the game, Menyu lost the first game 7-11.

In the second game, Manika maintained a slender 4-3 lead through some quality backhand smashes and also returned her shots perfectly. Towards the end of the game, Manika raced away with couple of points and bagged the game.

In the third game, World No. 58 Manika was in complete control and dominated the game. The Indian player raced to a 4-1 lead, by forehand smashes and then never looked back.

The fourth set saw Mengyu making a comeback, counter-attacking Manika to close down the lead but at the end the Indian paddler proved superior and clinched the gold medal with ease.