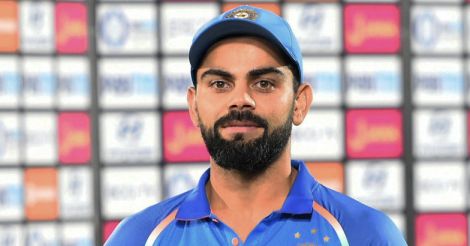 Kochi: Indian skipper Virat Kohli on Monday took part in the 'Yes to Cricket, No to Drugs' anti-drug drive, a joint initiative of the Kerala police and the Kerala Cricket Association.

Kohli also administrated a pledge to the scores of school students, who attended the program. The campaign aims to shift the focus of youngsters from drugs and towards sports, including cricket. Other Indian players also attended the event.

The first-ever T20 international match hosted by Kerala at the Sports Hub, Kariavattom, is expected to be a high-octane thriller with both teams going all out to wrap up the series. The hosts will be looking to continue its series winning streak at home, while the Black Caps will be determined to stop the Indian juggernaut and buck the trend.

Players of both India and New Zealand teams arrived in the capital late on Monday to a rousing welcome.