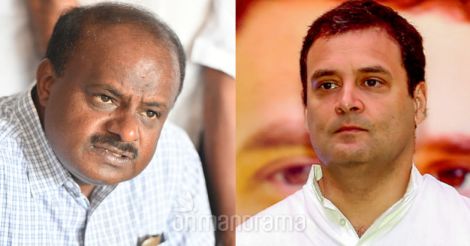 Bengaluru: Desperate to retain power in Karnataka despite losing majority in the Assembly polls, the Congress has cosied up to the Janata Dal (S) with an offer apparently the regional party can't refuse. The Rahul Gandhi-led party is learnt to have offered the chief ministership to JD(S)'s H D Kumaraswamy.

Sources close to the developments told Onmanorama that the Congress will settle for the post of deputy chief minister despite having more seats than the JD(S). As per the initial plans, the JD(S,) which was leading in 38 seats, will get 14 ministers while the Congress will occupy 20 berths in the coalition cabinet.

Initially the Congress had offered to support the government from outside, but JD(S) patriarch and former prime minister H D Deve Gowda insisted that the former be a part of the government. There were reports that former Congress president Sonia Gandhi had held discussions with Deve Gowda after Karnataka threw up a fractured mandate on Tuesday. 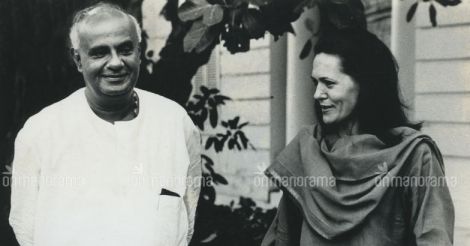 There were reports that former Congress president Sonia Gandhi had held discussions with Deve Gowda after Karnataka threw up a fractured mandate on Tuesday. File photo

Two independents, who won the polls, have also offered to support Congress, which was leading in 78 seats.

Meanwhile, the BJP, which has emerged the single largest party with a lead in 104 seats, is exploring all options to scuttle the Congress's attempts to stitch up a coalition with the JD(S).

The party has rushed Union ministers, including J P Nadda, to Karnataka. It is speculated that the BJP may also offer the CM's post to the JD(S). It may also try to woo some Congress legislators who would not be happy with the alliance with JD(S). The party, sources said, is planning to meet the governor to stake claim to form the government.

The BJP has asked the party cadre to desist from celebrations and party chief Amit Shah has postponed his scheduled press meet.