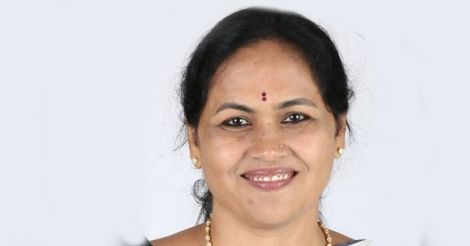 BJP MP Shobha Karandlaje was locked in a controversy after reports emerged about her having included Pujari's name on the list of Hindu martyrs', which she sent to home minister, demanding an NIA probe into the killings of RSS/BJP workers in Karnataka. Photo: https://twitter.com/ShobhaBJP

Bengaluru: A mistake was made by including the name of a living person on the list of 'Hindu martyrs' sent to the union home minister, BJP Lok Sabha member Shobha Karandlaje said on Saturday, while blaming the Congress for trying to revive an 'old issue' over which she had expressed regret.

"I had expressed my regret at this lapse last year. I had mistakenly included Ashok Pujari's name on the list of BJP and RSS workers who were killed after Siddaramaiah assumed charge as chief minister."

"I had brought this mistake to the notice of the central government," she told PTI over phone.

Karandlaje, an MP from Chikkamagaluru-Udupi, was locked in a controversy after reports emerged about her having included Pujari's name on the list of '23 Hindu martyrs', which she sent to home minister Rajnath Singh on July ,8 2017, demanding an NIA probe into the killings of RSS/BJP workers in Karnataka.

A controversy had broken in July 2017 over her faux pas, for which she had expressed regret.

Pujari, who lives in a remote village in Udupi district, was attacked by masked people on September 20, 2015, and hospitalised. He had recovered after a month.

Targeting the Siddaramaiah government over being 'soft' on 'Jehadi forces', the BJP has made the killings of Hindu activists a major issue in its political discourse.

Karandlaje said even former deputy chief minister R Ashoka had admitted that there was a mistake on the list which was brought to the notice of the central government last year.

Asked who was raking up the old issue, Karandlaje said Congress is raising this old issue with "malafide intentions" of diverting the people's attention from the 'unholy electoral understanding' between Congress and SDPI-PFI.

Karandlaje said that instead of politicising the issue, Congress leaders should visit Pujari, who was 'nearly killed' and try to help him.