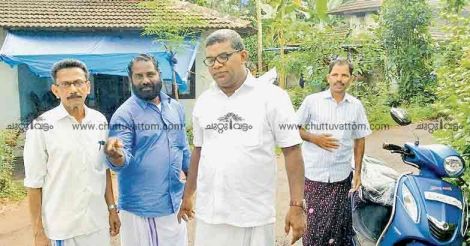 Malappuram: Party cadre was expecting P.P. Basheer in spotless white and yet the Left Democratic Front candidate for the Vengara assembly by-election landed in a black robe.

Thrown into the thick of an election campaign, the advocate-politician had to take a quick break to honor a previous commitment in the Manjeri additional district court on Monday. He spent half a day in the court before hitting the campaign trail again.

He went about visiting the who’s who in the constituency in the afternoon. His campaign was centered on A R Nagar.

He said that he would continue with such visits throughout the campaign. The LDF election convention is planned for September 21 and all state-level leaders are expected to descend on the constituency to warm up for the bitter fight against the Muslim League.

The Muslim League has fielded K N A Khader to retain the seat vacated by P.K. Kunhalikkutty when he was elected to the Lok Sabha.