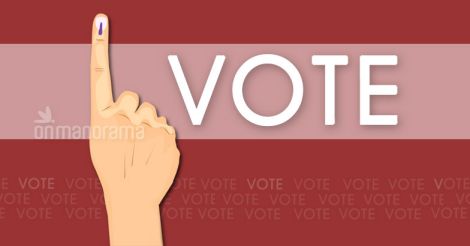 Malappuram: The scrutiny of the nomination filed by the candidates for the upcoming Vengara by-election has been completed. Eight of the candidatures have been approved by the authorized official. Out of the 14 nominations, six candidates have been rejected after scrutiny. The Vengara seat fell vacant after P.K. Kunhalikutty resigned as MLA to contest in the Lok Sabha by-election in Malappuram after the demise of E. Ahmed.

UDF candidate KNA Khader is confident that the seat which traditionally belongs to the League would again go ‘green’.

"This by-election is a chance for the people of Vengara to protest the inefficient rule by the state and central governments," he said. Exuding confidence, LDF's P.P. Basheer said, "the people of Vengara will realize and accept the immense development that the LDF government has brought to the state." He also slammed the UDF’s claim about development in the constituency as void and meaningless.

Meanwhile, the BJP candidate said there was a rising wave of opposition against both the fronts in the constituency. "BJP could make significant strides in the by-poll as the situation in Vengara is favorable for alternative political influences."