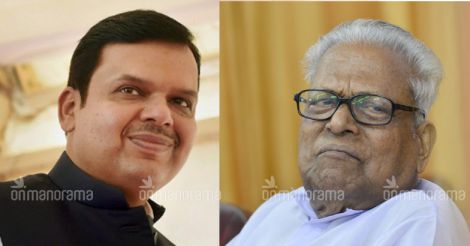 Vengara: As the campaign fever reaches its crescendo for the Vengara Assembly by-poll, star campaigners arrived to raise the poll pitch.

The CPM turned to its crowd-puller V.S. Achuthanandan a day before campaign ends.

VS boosted the morale of the LDF camp with his appealing rhetoric laced with wit and scathing attack on political rivals, including Kunhalikutty.

VS addressed a public meting in Vengara in the evening. During the Malappuram Lok Sabha by-poll earlier this year also, the CPM had roped in the party veteran a day ahead of the campaign. He drew huge crowds then too.

KMCC creates a buzz in Vengara for IUML

There was also a public meeting in Edappal at 530 a.m.

The UDF concentrated on household meetings and so was the LDF.

The UDF could not rope in senior Congress leader A.K.Antony for the campaign.

The Election Commission is also keeping a tight watch. The police seized Rs 9,47,000 from various vehicles. Those traveling in vehicles with more than Rs 50,000 are supposed to keep valid documents, failing which the money will be seized.

Read more: Latest on Vengara | Uphill task for IUML to cling on to Kunhalikutty's Vengara margin