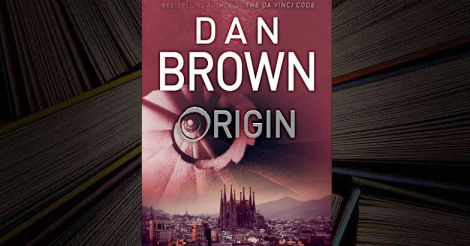 In 1977, horror fiction author Stephen King began writing a series of short novels, later to be called The Bachman Books. Interestingly, he wrote these books under the nom-de-plume, Richard Bachman. A prolific writer, King was forced to do so since publishers in those times restricted themselves to a ‘one author-one book per year” rule.

For a while, until 1985, nobody recognized King as the actual author of The Bachman Books. King’s secret was finally outed by a bookstore clerk, Steve Brown, who concluded Bachman’s writing style was similar to that of King’s. King later wrote in his introduction to the 4-in-1 publication of The Bachman Books that he was also curious whether his enormous success as a writer had to do with luck or talent. In fact, the book Thinner (1984), which sold 25,000 copies on publication sold another 2,50,000 when the reading public realized who the real author was.

Reading Dan Brown’s Origin this week reminded me of this episode. The Dan Brown legacy has ridden on The Da Vinci Code’s unsurpassed success for the third straight book. This latest thriller, let me admit, I did anticipate greatly. So would have Brown’s ever-growing cult following, which is quite sizeable in the reading world. While it is easy to dismiss Brown’s books as what everyone likes to read privately but wouldn’t readily admit to, he certainly has mastered the bestseller code.

There is the trademark assassination at the beginning, the routine getaway in the company of Robert Langdon (the fictional Harvard professor of symbology), the mandatory lady companion-cum-subject expert alongside to decipher the clues that run the entire length of the novel. The race is through Spain’s most delectable destinations and its cultural, historical and art highlights – a narrative that augurs well for the country’s tourism in the years to come.

The central theme of the book is about finding answers to the two greatest questions that humanity faces: where do we come from, and where are we going? In a tribute to the overwhelming technology of the times, there is even the presence of an Elon Musk-ish character, complete with the incredible pronouncements we have now come to expect on a daily basis. That assertions of such nature – on contentious issues of God, religion, and science – are well packaged in the book as astonishing insights into our past and future is what Brown has accomplished.

Origin could have done with better editing. Here and there, typos, loose ends and amateurish sentences find their way in, minor irritants in their own right. But the book’s plot is a clear warning to all authors wearing a literary mantle. No atmospheric writing can hide a shoddy plot; think of all those books we have left unfinished because the PR machine made us believe we were reading the next Marquez.

When the dust settles after the cat-and-mouse game in Origin, there will be the inevitable film adaptation. Make no mistake, the plot has an interesting side-character of possibly Indian origin, Agent Suresh Bhalla - a surveillance specialist - the perfect alibi to meet future demands of the world’s biggest entertainment market, India. Irrfan Khan, post his blink-and-you-miss-it role in the last Dan Brown adaptation Inferno, might figure in the scheme of things just again.

As an afterthought, convincing Brown to base his next thriller in India will certainly be a marketing coup for the Incredible India campaign. There is a comfort that India faces no dearth of history - doctored or not - monuments and enough conspiracy theories to feed the insatiable plot machine at the heart of the Dan Brown syndicate.