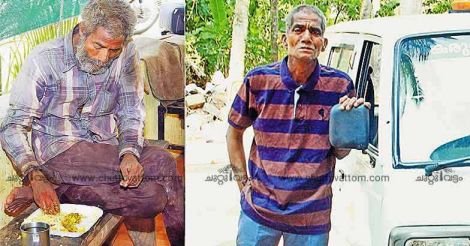 Thrissur: When social activist Devassy Chittilappilly and his team of ‘Karuna’ volunteers saw a man in tattered and dirty clothes feeding himself on food waste sitting on a garbage pile at Velappaya, they immediately decided to rescue him.

The man was given a bath, haircut, shave and a sumptuous meal. Then the man spoke: “I am Jagadeesh, belonging to Karnataka. I had left home, but now I want to go back.”

Jagadeesh had not taken a bath for so long that he shivered when Karuna volunteers poured water over him. His hair and beard had grown long. But after the bath and on getting new clothes, he brightened up.

Devassy Chittilappilli and his team supply free food to around 600 patients at Thrissur Medical College Hospital every day. During Lent, Karuna volunteers engage in several other humanitarian activities also, including giving a bath and food to homeless people living on the street.